Zhang Ziyi to Give Birth In the United States? 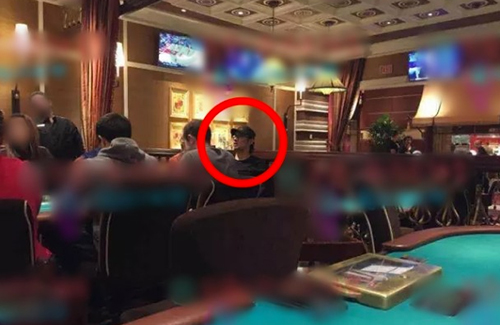 After finishing up the promotions for her sci-fi film Oh My God <从天儿降>, Zhang Ziyi (章子怡) seemed to have stopped making public appearances. Rumored to be at least six months pregnant, the Chinese actress allegedly stopped taking film roles and is resting in the United States.

Zhang Ziyi and rock star Wang Feng (汪峰) got engaged in February with unconfirmed reports claiming that the couple registered their marriage in Hong Kong soon after. Ziyi displayed a baby bump at the press conference for Oh My God held last month, but organizers said Ziyi was just wearing a prosthetic to complement her character in the film.

Recent sources have spotted Wang Feng in a Los Angeles casino, leading to speculations that Ziyi is currently resting in the United States and will soon give birth. Sharp-eyed netizens saw a casually-dressed Wang Feng gambling at a poker table.

Wang Feng and Ziyi have yet to confirm the pregnancy reports.