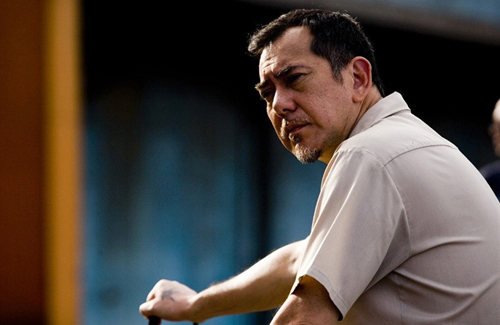 After Francis Ng (吳鎮宇), Chilam Cheung (張智霖) and Steven Ma (馬浚偉), award-winning actor, Anthony Wong (黃秋生) has been the next in line to be invited by TVB to rescue their ratings. Anthony accepted because of Eric Tsang‘s (曾志偉) persuasion and his gratitude towards TVB producer, Amy Wong (王心慰). Since Anthony is known to be a demanding actor, Amy has been pressuring scriptwriters to develop a quality script.

Anthony never forgot the opportunities that Amy Wong gave him during his early acting career at ATV. An insider explained, “When Anthony was at ATV, no producers wanted to use him. Even minor roles eluded him. In 1984, Amy cast him in her first drama, Wang Zhaojun <王昭君>. Following that, Anthony appeared in every Amy Wong production. That’s why Anthony has always been very grateful to Amy. When she approached him, there was no way for him to reject her.”

Gratitude aside, Anthony is known for his demanding expectations. As a Best Actor has more than two decades of acting experience, Anthony asked to see the complete script before his willingness to start filming. As a result, Amy has to make sure the script is flawless, resulting in multiple rejections of the script editions thus far.

TVB scriptwriters are working under immense pressure. The insider revealed, “It was previously reported that Anthony would get his classmates from his acting class to pen the script. However, that did not materialize. Supposedly, Amy did not like the idea as it would seem demeaning to TVB scriptwriters. Eventually, it was agreed that the script be handled by TVB scriptwriters. Despite the hard work put in by the scriptwriters, Amy has not been happy with the storyline and asked for multiple revisions.”

TVB actor, Ngo Ka Nin (敖嘉年), said he has not heard of such news. But he confirmed that the script of the Republican era drama has not been distributed to the actors yet. He said, “I only know Amy is producing the show and Anthony will be in it. I think it was said that filming will begin in May, but I have not received anything else. I am sure it will be on time. Many times, we would only receive the finalized script two weeks before filming.”

In a telephone interview, Anthony denied that he has demanded to peruse the script before filming begins. When told that Amy has been giving the scriptwriters a hard time, Anthony said, “I never heard of that. Anyway, the script is being taken care of by TVB. It’s best to start filming when the script is finalized. I’m not being demanding. There’s no reason to go to a cafe and ask for a five-star restaurant standard. This is not the first time I am filming a television series. Anyway, I don’t care about the script. And I don’t have the time!”

Anthony also added that because of his involvement in a theatrical play, he will not be able to film for the TVB drama until June or July.