Although Christine Ng (伍詠薇) is a well-known veteran actress among the television-going crowd, she has no representative work in her two-decade career. Beauty at War <金枝慾孽貳> may be Christine’s chance to shine and give Best Actress winner Sheren Tang (鄧萃雯) a run for her money.

When TVB executive producer, Catherine Tsang (曾勵珍), gave the War and Beauty sequel the green light, Christine was the first to knock on Catherine’s door to recommend herself to join the cast. The outspoken Christine admitted, “I’ve wanted to take part in this series ever since watching 2004’s War and Beauty! I knew that the producer was still looking for a cast [for the sequel], so I met with Catherine. I told her that I didn’t mind getting the rookie treatment and do camera tests for the producer. Catherine looked surprised. After that, Chow Yuk Ming (周旭明) decided that I could portray Consort Dowager Shun, so Jonathan Chik decided to give me a shot.”

Out of the four original female leads, Sheren Tang is the only remaining cast member, and reprises her role as Consort Yu in Beauty at War. Forty-four-year-old Christine is joined by Ada Choi (蔡少芬) as the new additions to Beauty at War. Like Christine, Ada had hoped for a chance to participate in the sequel. The 39-year-old actress was actually considered for a lead role in the original series ten years ago, but due to schedule conflicts, Ada had to regretfully turn it down.

A scene of Christine evilly laughing made recurring appearances in Beauty at War’s promotional trailers. “That scene was about me killing someone and then laughing about it afterwards. After shooting the scene, our crew said they all got the chills.”

Taking on the role of Consort Dowager Shun was not easy, and the experienced Christine had her fair share of nervous breakdowns on the set of Beauty at War.

“My first day of shooting was a scene with Sheren. I remember I had memorized my lines well, but once the camera rolled and Sheren called me ‘younger sister’, I immediately grew anxious and forgot my lines. Shooting for this drama had been a nervous wreck for me. I’ve gone four days without urinating and I couldn’t eat anything solid. I spent my dinner time studying my script instead. I had to rely on Moses Chan’s (陳豪) coffee to survive.”

Although War and Beauty is regarded as the prequel of Beauty at War, the events that occurred in the first installment took place in an alternate reality. The actions and personalities of the characters from the first installment were all created by Consort Dowager Shun as an attempt to spread damaging rumors of her sister.

Portrayed as a ruthless and vengeful dictator in the rumors, the Consort Yu in reality is a gentle and educated mother. However, she is also meticulously protective of her family, including her sister Shun. Yu, however, can also be quite calculative, and does not hesitate to use others to help her reach her goal.

Yu realizes that her sister had fallen in love with Ko Lau Fei (Moses), the kunqu performer, and to protect her family’s honor, Yu orders her son’s nanny, Sheung Ling (Ada) to seduce Ko Lau Fei. Yu has a strong sense of self-control, but even she too begins to fall for Ko Lau Fei’s charms later on in the story.

According to Face Magazine, the ending of Beauty at War will resemble the ending of War and Beauty – with the exception of Yu, all the lead characters will either die tragically or have ambiguous endings. Yu will survive and remain in the palace. Sheung Ling will die from poisoned foods, and Shun will die by the arrow. Ko Lau Fei and Shun’s confidant Tung Kat Hoi (Kenny Wong 黃德斌) will have ambiguous endings. 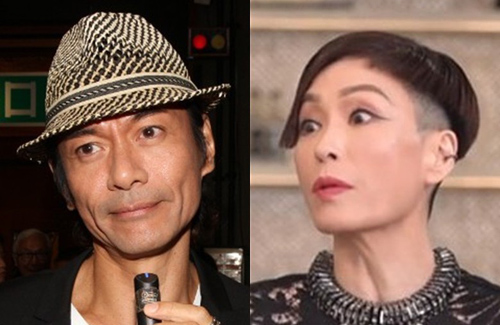