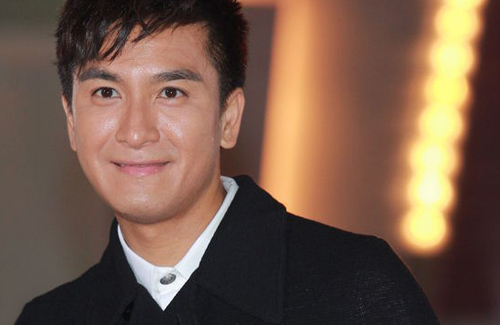 Although Charmaine Sheh (佘詩曼) was scheduled to film with Raymond Lam (林峯) in TVB’s upcoming mini-movie A Time of Love <愛情來的時候>, she will instead be paired up with Kenneth Ma (馬國明) in their very first collaborative effort.

A Time of Love is a mini-movie set to air during the Chinese New Year time slot, playing on four consecutive Sunday nights starting January 26. The film is split up into four story units, each with a specific theme: “City”, “Happiness”, “Sadness”, and “Cartoon”. TVB has reportedly poured $10 million HKD into the project, and recruited well-known actors from Taiwan, Japan, and South Korea to create a one-of-a-kind production to ring in the new year.

Charmaine will star in “City”, which takes place in Singapore. Originally, Raymond was cast to play an honest, young man who falls in love with his female boss (Charmaine). He is allegedly unhappy after discovering that he will not be paired up with any of the foreign stars, and ultimately withdrew from the project. Kenneth was quickly assigned to take his place and left for Singapore with Charmaine on January 7.

Kenneth has no hard feelings despite being a replacement, and is instead excited for the opportunity to work with top-sister Charmaine. Charmaine returns the sentiment, saying, “We have not collaborated before. I am very happy and hope that [our pairing] will give viewers a feeling of freshness”.

To stay on schedule, other TVB artists have also began filming their parts on location in different countries. Linda Chung (鍾嘉欣) is currently in South Korea working with actor Yeon Jung Hoon (延正勛) on her story unit, “Happiness”, while Kate Tsui (徐子珊) is wrapping up on “Sadness” in Malaysia along with Taiwanese actors James Wen (溫昇豪) and Chris Wang (宥勝).