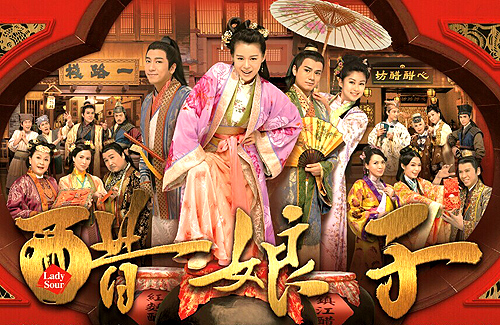 Cho Ching (Myolie Wu) and her mother, Bai Yuet (Gigi Wong) have been on the road for years as physicians. On one of their trips, Cho Ching meets Gai Chun (Ron Ng), who was diagnosed with a skin condition, and his good friend, Chin Tun (Him Law).

Falling in love with Chin Tun at first sight, Cho Ching is set on having Chin Tun return her feelings and marrying him. However, Cho Ching encounters many obstacles while she is pursuing Chin Tun.

However, Chin Tun’s sister, Chin Sheung (Alice Chan) attempts to sabotage the couple’s relationship when she discovers that Cho Ching is the daughter of her enemy, Bai Yuet.

Eventually, Cho Ching marries Chin Tun. Not long after the couple’s marriage, Cho Ching finds out that her husband is in love with household maid, San Cha (Eliza Sam). Because of Cho Ching’s fits, Chin Tun and San Cha end up spending the night together. After hearing Chin Tun’s intentions of marrying San Cha and bringing her into the family as a concubine, Cho Ching’s jealousy and rage becomes out of control.

While Cho Ching is having marital problems, her mother is found guilty of murdering her husband and sentenced to death. Afraid of having their reputation tarnished because of Cho Ching’s mother, the Chin family requests that Cho Ching cut all ties with Bai Yuet. Cho Ching finds out that she is “pregnant” when Chin Tun tries to divorce her.