Myolie Wu and Him Law to Star in “The Vinegar Lady” 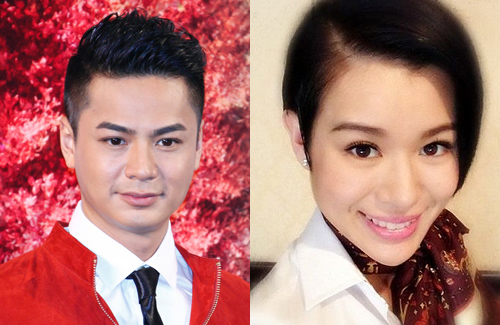 Myolie Wu (胡杏兒) has been very busy. After completing the arduous five-month filming of war epic Rosy Business 3: No Reserve<巾幗梟雄之諜血長天> in early July, she spent the next week running around Hong Kong and other Asian countries to promote Triumph in the Skies 2 <衝上雲霄II>, which is currently airing on TVB Jade to fantastic viewership reception. But now, the 33-year-old actress is ready to act in her new drama, mainland Chinese television series Love <如果不曾愛你>, which has begun filming in Beijing. Myolie will also be traveling to Inner Mongolia for some outdoor location shoots.

Shooting drama after drama can be very tiring, but Myolie has no plans to rest. In November 2013, she will return to Hong Kong to shoot an upcoming drama for TVB, The Vinegar Lady <醋娘子>, a period drama that will be produced by Poon Ka Tak (潘嘉德).

TVB’s plans to produce The Vinegar Lady was revealed in early 2013, when it was rumored that TVB intends to film a third installment of Wars of In-Laws <我的野蠻奶奶> series. However, after the real-life breakup of Myolie and Bosco Wong (黃宗澤) in July 2012, TVB had to temporarily shelve the plans for The Vinegar Lady.

In a radio interview conducted in early April 2013, Liza Wang (汪明荃) disclosed that she was approached to star in The Vinegar Lady, but she turned it down due to a schedule clash. Liza also said the story of The Vinegar Lady is “completely different” from Wars of In-Laws, and that the two series should not be seen in the same light.

Confirmed to star alongside Myolie in the upcoming drama is Him Law (羅仲謙). The Vinegar Lady will be the 28-year-old’s first period television drama.

Asked whether Bosco was originally intended to be the male lead for The Vinegar Lady, Myolie said, “I never heard of that. I’ve always been told that it will be Him.”

Though Myolie and Him have starred in Season of Love <戀愛季節> and Triumph in the Skies 2 together, they never really shared that many scenes together. What does Myolie think of her new partner?

“It’s a fresh collaboration. We’ve attended promotions together before. I think he’s pretty cute and nice! Let’s hope for a happy collaboration!”

Would it be embarrassing for Myolie if Him’s reported girlfriend, Tavia Yeung (楊怡), came to visit them on set while they are doing an intimate scene? “Tavia and I are good friends. I don’t think so… we are all professional actors!”