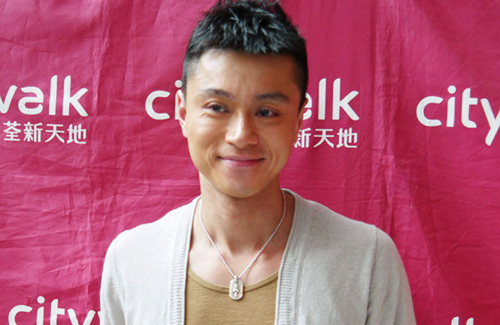 TVB has invested millions of dollars for the production of its upcoming action-packed period epic, Cheung Po Tsai <張保仔>, a time-traveling television drama about the life of the infamous Cantonese pirate.

Raymond Wong (黃浩然) is confirmed to star as Cheung Po Tsai, a role that was originally intended for Bosco Wong (黃宗澤). However, due to scheduling conflicts, Bosco had to turn down the role. Aimee Chan (陳茵媺) also turned down a part in the drama.

Starring alongside Raymond Wong will be Ruco Chan (陳展鵬), whose role is yet to be confirmed. Raymond and Ruco are frequent collaborators; their last work together was the period drama All That is Bitter is Sweet <大藥坊>, which is still in post-production. Elliot Ngok (岳華), Maggie Shiu (邵美琪), and Joel Chan (陳山聰) are also confirmed to appear in Cheung Po Tsai.

Produced by Leung Choi Yuen (梁材遠), principal photography for Cheung Po Tsai will commence filming in mid-September. The crew will be spending a month filming on location at the Cheung Po Tsai Cave, which is located in the Islands District of Hong Kong. In November, location shooting will take place in Wuxi and Hengdian World Studios.

According to reports, TVB invested millions of dollars on the project. They hired a new team of CGI artists who specialize in honing graphics for commercials and film. The production team also purchased new filming software for the conveniences of its actors.

Leung Choi Yuen stated, “In Cheung Chau, we will film police-related scenes. In mainland China, we will film naval warfare. The steel structure of the ship can take hundreds of thousands of dollars. This way, we can film more realistic naval battle scenes. The company has also brought in new filming technology. Now, we can film realistic underwater scenes without having to go underwater. The actors don’t have to struggle as much that way.”

In 1999, TVB unsuccessfully pitched a series called Cheung Po Tsai and even aired a sales presentation clip. The trailer starred Louis Koo (古天樂), Jessica Hsuan (宣萱), and Joe Ma (馬德鐘), and was announced to be a co-production with mainland China CCTV. However, due to its expensive production costs and cast unavailability, the project was eventually scrapped.