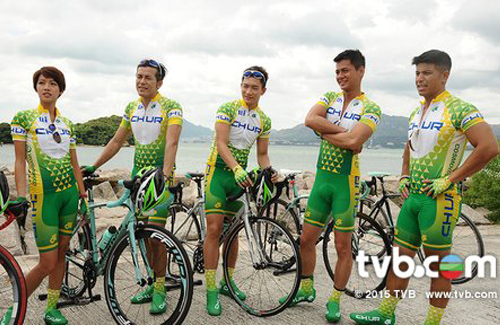 Sharing a love for road bicycle racing, Yau Tat (Him Law) and Ip Fai Ting (Sammy Sum) were close friends in high school. The two lost contact after Ting returned to Taiwan to settle a family matter, but they met again years later at an accounting firm they both work for. Their superior Ning Hei (Rosina Lin) is exceptional at manipulating office politics and comes in between Tat and Ting’s friendship.

Fortunately, Tat has the secretary Wu Sam Lam (Jinny Ng) to confide to, and Tat’s mother Lee Wai Wan (Michelle Yim), also want the two to become a couple. However, Tat is emotionally wary due to family baggage, and he is unable to love Lam in the same way she loves him.

Tat finds the heart to love again after meeting accountant Yeung Kwong (Sisley Choi), one of Ting’s closest childhood friends. Not wanting to come in between Kwong and Ting, and stressed by work, Tat starts to lose his direction in life. Tat and Tai then decide to let go of all inhibitions and head back to the racing field, where they mend their broken friendship.