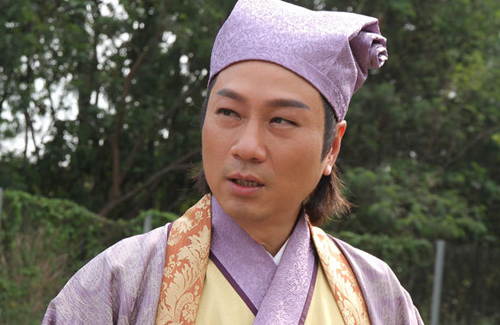 TV King Wayne Lai (黎耀祥) has earned a reputation for his versatile acting talent. From tragic heroes to despicable villains, Wayne delivers convincing performances each time with ease. After years of witnessing his intensity, fans will meet his more mellow side in the upcoming series Double Fantasies <無雙譜>.

A remake of 1981’s supernatural classic, Double Fantasies tells three distinct but intertwining stories that reflect local social problems. Wayne plays an unsophisticated but kind-hearted man Chu Yi Dan, who often wanders away from home to escape the boredom of his marriage. He comes upon an egg one day, and believing naively that he has the ability to hatch it, carries it under his clothes at all times. While out in town, he stumbles into a brothel and meets a beautiful prostitute (played by Sonija Kwok 郭羨妮). Finding her more interesting than his wife (also played by Sonija), Wayne wishes they would switch identities, generating a series of chaos.

Wayne looked the part of a clueless scholar on set March 18. Looking silly with a bulging belly, he kept the fake egg tucked safely inside his clothes while explaining to reporters, “My character is very pure-hearted, and wants to hatch the egg”.
Kristal Tin (田蕊妮) was also on set along with on-screen partner Raymond Wong (黃浩然) to film their own story arc. Portraying a pair of brother and sister at the same time, Kristal was dressed for the female role on Tuesday though was wrapped in a large blue-colored cloak. With the help of computer technology, the blue cloak will turn invisible on-screen, leaving just her head floating in mid-air.
Although his character had just a small part during Kristal and Raymond’s scene, Wayne did not skimp on prep work and was seen chatting with Raymond before the shoot. As he strolls past Kristal’s floating head, the TV King reacted with a genuinely terrified face right on cue, believing that he had seen a ghost.