Leon Lai Apologizes to Gaile Lok in New Single, “I Can Forget You” 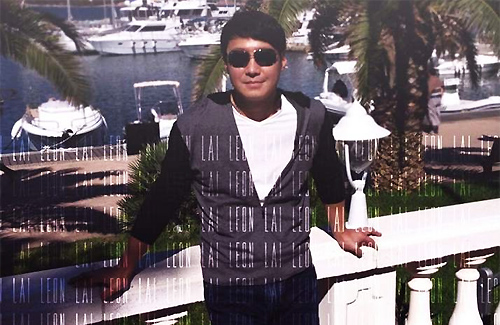 The whole Chinese entertainment industry was shaken by the divorce of Leon Lai (黎明) and Gaile Lok (樂基兒) last October. The couple’s relationship lasted for four years before they finally decided to file for divorce in mid-2012, citing irreconcilable differences.

Gaile formally responded to the press regarding their divorce in October, but Leon chose to stay quiet on the matter, a move that stays true to Leon’s low-profile style. Leon finally gave a musical response on the matter five months later on March 26. The Mandarin single, “I Can Forget You” <我可以忘記你>, is his first music release since 2011. The rueful ballad is composed by Leon’s good friend, Ronald Ng (伍樂城), and the lyrics were written by Cheung Cho Kiu (張楚翹) of Baron Music.

In the form of song, Leon apologizes to Gaile for “hurting only you; I was the selfish and cruel one.” He also wishes his ex-wife happiness, singing, “You peacefully live on, and I will quietly survive.”

However, Leon did not express any regret on the divorce decision. The lyrics then read, “But I do not feel bad [about it]… I never loved you. I only loved myself. You allowed me to test the extent of my infatuation… [you] allowed me to satisfy my curiosity. I only had the guts to play games.” Leon then apologized once again, “Sorry. Forgive me for never loving you. I only loved missing you.”

For the past few months, Leon stayed out of the spotlight. Various tabloid reports claimed that Leon was extremely heartbroken and went traveling to forget about Gaile. With the release of “I Can Forget You,” it appears that Leon has finally succeeded in moving on with his life.

“I Can Forget You” Audio Only

73 comments to Leon Lai Apologizes to Gaile Lok in New Single, “I Can Forget You”