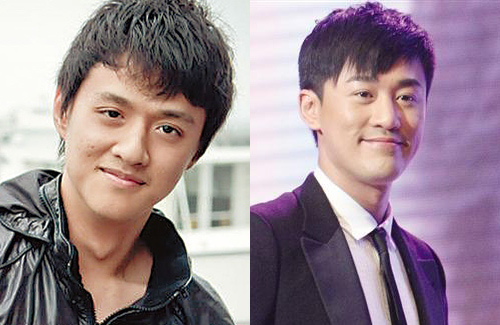 Raymond Lam’s (林峯) younger brother Rockefeller Lam (林逸洺) may join the music industry. Graduating from the University of Southern California in June, 24-year-old Rocky has reportedly been making guest appearances as a disc jockey at clubs in Mainland China.

Since Raymond expressed his interest to continue his entertainment career, his father Lam Kwok Wah (林國華) decided to push his younger son, Rocky, to manage the family’s extensive business instead. However, Rocky did not seem to be too interested and may follow Raymond’s footsteps into the entertainment field instead.

A source said that Rocky has always enjoyed music; he and his friends formed a band together when he was still studying in California. Rocky can also play the guitar and has his own mixtrack DJ software set at home.

After helping his friend at a private party, Rocky was given more offers to DJ at various clubs. Starting a career in music should not be much of a problem for Rocky, who is familiar with many musicians in the industry himself.  Raymond also reportedly promised to support Rocky in his music endeavors.

Though the doors are opened for Rocky, his father still remains to be an obstacle. Not wanting to upset his father, it was said that Rocky did not tell his family about his DJ pursuits.