What to Watch in 2014 Hong Kong Dramas 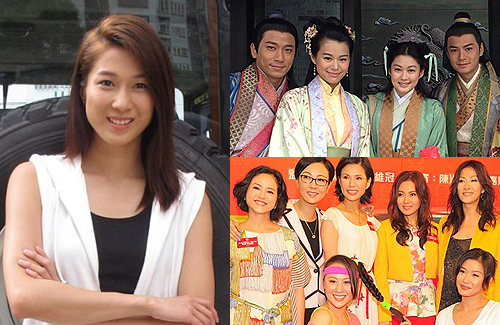 A wide variety of drama productions await Hong Kong viewers in 2014. Besides numerous TVB series to look forward to, HKTV will also be releasing several of its anticipated productions this year. Both stations will feature unique and creative plotlines aimed to grasp the audience’s attention.

After the success of 2012’s Tiger Cubs, the sequel will further engage viewers in its action-packed scenes revolving around Hong Kong’s Special Duties Unit. Linda Chung delivers a fresh performance as a tough and reckless policewoman who is traumatized by her past as an undercover cop. Along with Joe Ma and Mandy Wong, the SDU team saves many victims from danger. Comedies seem to be a success amongst viewers recently, boosting viewership ratings. Although this sequel features much of the same cast, there will be a new storyline with fresh pairings. With comedy king Wong Cho Lam as lead, the audience will be in for some hilarious moments.

Produced by Eric Tsang (曾志偉), the series revolves around a group of former high school girls reuniting years later. The plot focuses on their friendship and growth, centering around a love for aerobics. The return of Flora Chan and several veteran actresses onscreen will create fresh new sparks of chemistry. This period drama reunites Myolie Wu and Ron Ng as a romantic couple. Myolie once again takes on a comedic role, which has been well-received in the past. With the central theme of polygamy, the series includes many scenes of women bickering in hilarious manners.

With an intriguing plotline centering around computer-hacking and advanced technology, this is no usual crime thriller. Tavia Yeung portrays an antagonistic female sniper with dissociative identity disorder. Kenny Wong is a police officer, while Ruco Chan is a technology expert. Their ultimate goal is to bring Tavia down. This modern fast-paced police series involves high-quality cinematography resembling that of a film production. Dominic Lam portrays a sniper who accidentally shoots Lawrence Chou’s son in midst of a chaotic crossfire, leading to his disability. As the series progresses, Lawrence, who is a policeman, eventually discovers the identity of the mysterious sniper who had changed their lives.