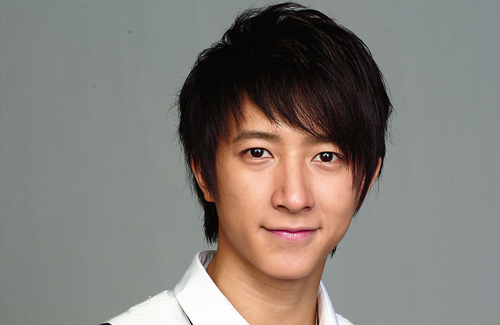 “He’s one of Asia’s top stars in the worlds of music, television and movies and has become one of the most influential entertainers in China,” announced Michael Bay on Transformers 4’s official website. “Now he’ll be known for Transformers 4. Welcome Han Geng to the cast of Transformers 4.”

The 29-year-old singer-actor tweeted, “I’m very excited to join the family of [the] Transformers movie. Thanks to Michael Bay, Paramount, Jiaflix and China Movie Channel!”

Transformers 4 is the fourth installment of Michael Bay’s Transformers film series, a science fiction action franchise based on a series of toys created by Hasbro and Tomy. The first three films, starring Shia LaBeouf in all three, were released respectively in 2007, 2009, and 2011. The fourth installment, a co-production between di Bonaventura Pictures, Hasbro, China Movie Channel, and Jiaflix Enterprises, is scheduled for a June 27, 2014 release in 3D.

In hopes to strengthen the movie’s appeal in China, Paramount Pictures held televised auditions in mainland China in order to find potential stars for the film’s Chinese cast. The potential Chinese roles include “one cute Lolita, one sexy goddess, one tech-savvy nerd, and one action hero.”

Over 70,000 people auditioned for the film, in which the final cast will be determined by popular votes. The hopeful stars include Taiwanese actors Peter Ho (何潤東) and Jiro Wang (汪東城).

Although Jiro is the current number one favorite to portray the film’s “action hero”, a few netizens have sarcastically voiced their opposition. One wrote, “Will there be a scene of Jiro Wang playing the electric guitar?” Another netizen commented, “I’ll rather get beaten to death than to enter that cinema.”

Transformers 4 will be shooting in multiple locations throughout the United States and China during the summer. Confirmed locations include Austin, Chicago, Detroit, Los Angeles, and Hong Kong.