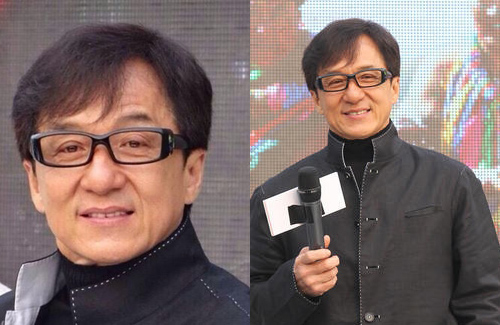 On October 23, Jackie Chan (成龍) attended a press conference with costar Fan Bingbing (范冰冰). Though the conference was meant to focus on their upcoming movie, Skiptrace <絕地逃亡>, the media also barraged Jackie with questions about his son, Jaycee Chan (房祖名), who was arrested for marijuana use in mid-August.

When asked about Jaycee’s current situation, Jackie revealed that he was not quite clear about the recent developments regarding his son. “The news I know is exactly the same as the news you have,” he stated.

However, Jackie did appeal to the media to refrain from publishing fabricated news, such as a rumor that surfaced last month, which alleged that Hong Kong film boss Charles Heung (向華強) had forced Jackie to kneel to him as an apology.

“I can withstand [these rumors],” said Jackie, “but do not harm Jaycee’s mother. I beg you, do not use your imagination to write these things.”

Jackie also shared that his son’s arrest has not had a significant impact on his own work. Currently, he is filming the action comedy Skiptrace, which is directed by Renny Harlin and also stars Fan Bingbing and Johnny Knoxville. Jackie also has another film, titled Dragon Blade <天將雄師>, which is expected to hit theaters next year.

Fan Bingbing, who portrays Jackie’s niece in Skiptrace, praised the actor for his attentiveness toward his female costars. She shared that when they worked together on Shinjuku Incident <新宿事件> in 2009, the cast had gone out to eat when filming in Japan. “We ate Alaskan crab,” she recalled. “He even peeled the crab for me. He treated me just like a family member.”

Bingbing also revealed that the majority of the dialogue in Skiptrace is in English, since the film is a Hong Kong-Chinese-American joint production. “It’s because of this that I previously took English classes,” said the actress, who appeared earlier this year in the Marvel film X-Men: Days of Future Past. “I still had some difficulties on set, but I got used to it later and spoke more fluently.”