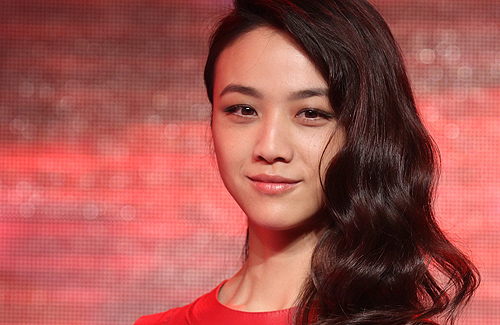 American film Cyber continues its location shoot in Hong Kong this week. On July 21, the film’s stars, Chris Hemsworth, Tang Wei (湯唯), and Leehom Wang (王力宏) were spotted in Central filming a key scene in the movie. Although recognized globally for her past performances, Tang Wei seemed to struggle from growing pains in the Hollywood film. The actress reportedly made frequent bad takes during yesterday’s shoot, and was only able to complete the scene after much hand-holding from the film’s director, Michael Mann.

Cyber is a cyber-crime thriller from Legendary Pictures, the American film production company behind recent Hollywood hits The Dark Knight Rises and Man of Steel. Chris Hemsworth stars in the film as a FBI agent who teams up with a Chinese task force to track down a high profile hacker based in Southeast Asia. Tang Wei will play Hemsworth’s love interest and will assist in the operation. Taiwanese actor/singer Leehom Wang will also be involved as Tang Wei’s brother.

Last night, the film’s stars arrived at Central’s Connaught Road to continue the shoot. To keep the set secure, the crew sealed off a passageway from the nearby Four Seasons Hotel and hired guards to turn away reporters.

The scene began with Tang Wei waiting on the street, playing with her phone to pass the time. Leehom and Chris soon drove by, and Tang Wei quickly boarded the car. The three later got into a heated argument, and Tang Wei stepped out, slammed the car door, and ran off. Chris quickly followed, hoping to calm her down. He suddenly noticed a suspicious person standing behind, and immediately pushed Tang Wei away from danger as shots were fired.

Even though it was a simple scene, Tang Wei reportedly had multiple outtakes. Director Michael Mann personally guided her in between takes, and they were finally able to achieve the perfect shot after ten tries. Chris Hemsworth seemed frustrated by the slow progress, and looked bored as he waited for their next attempt. Leehom was in better spirits however. Despite being drenched in sweat due to the hot and humid weather, Leehom remained courteous and waved to reporters. Later, when asked about the working conditions, Leehom said, “It is not tough at all. I am very happy.” He also spent his breaks chatting with fans and taking photos with them.

The cast and crew continued the shoot until the next morning, with two breaks in between. Tang Wei suffered several bumps and bruises, but she did not complain and only treated her injuries after the scene was completed. Chris Hemsworth returned to the Four Seasons Hotel to rest during breaks and was immediately surrounded by over a dozen fans. The crew shielded Chris from reporters on the way, declining interviews. When reporters asked if he was tired, Chris only smiled and did not give a response. The group later became lost, but was assisted by helpful reporters. Chris thanked the reporters and flashed a peace sign towards the cameras before disappearing into the building.