Wong Cho Lam as Bucktooth So in “Rise of the Legend” 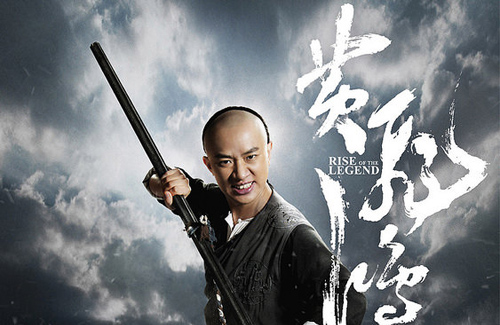 In the upcoming kung fu film Rise of the Legend <黃飛鴻之英鴻有夢>, Wong Cho Lam (王祖藍) portrays Bucktooth So, Wong Fei Hung’s loyal friend. For additional comic relief, Cho Lam has to wear a set of custom-made buckteeth, an important characteristic for Bucktooth So.

Despite his comedic appearance, director Roy Chow Hin Yeung (周顯揚) wanted the script to speak for itself and did not want Cho Lam to be too funny. Cho Lam explained, “My appearance is a great help. We have many action as well as dramatic scenes. My appearance can fine-tune the atmosphere a bit, to allow room for the audience to breathe.”

Cho Lam revealed that his character, Bucktooth So, and Eddie Peng’s (彭于晏) character, Wong Fei Hung, were not friends initially and “fought like street punks.” However, after going through several experiences together, the two spirited young men eventually grew close. Cho Lam said he felt pressured having to fight with Eddie because of his toned body and large muscles.

“Having to face someone as handsome as Eddie definitely makes me envious and jealous, but after working with each other and seeing how much he has worked behind the scenes, I had to ask Eddie how he was able to train his body to look so perfect.”