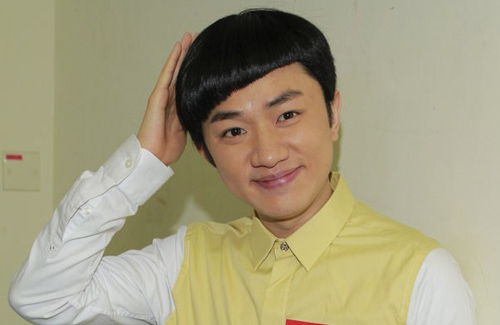 Director Patrick Kong (葉念琛) wishes to feature the cast of Come On, Cousin <老表，你好hea!> for his new movie. However, it is uncertain if Wong Cho Lam (王祖藍) will be involved as his asking salary is $3 million HKD would result in a net loss for the film. Patrick hopes to work out a solution as he finds Cho Lam to be an irreplaceable talent.

Since the airing of Come On, Cousin, the popularity of Cho Lam and the rest of the cast, Ivana Wong (王菀之), Ram Chiang (蔣志光), Louis Cheung (張繼聰), and May Chan (陳嘉佳) have shot up. Patrick hoped to reunite the team’s chemistry in his new film Without Women Inspector <沒女神探> with the addition of Pakho Chau (周柏豪).

Despite not possessing conventional good looks, 34-year-old Cho Lam achieved an extremely successful career using his comedic talent. His net worth is estimated at more than $10 million (HKD). His recent participation in the Mainland variety program Hurry Up Brother <奔跑吧兄弟> earned him a cool $5.16 million HKD.

Nevertheless, Cho Lam’s current asking price of $3 million HKD is higher than that of many other A-list Hong Kong film stars. If the film were targeted at the general Chinese market and could generate higher revenue, paying Cho Lam $3 million HKD would not have been a problem, but as Patrick’s film would only be targeted at the Hong Kong market, this would cause the film to possibly net a loss.

Patrick admitted that Cho Lam’s salary was in contention, but hoped to persuade Cho Lam with his sincerity, “I will not give up. I am not asking Cho Lam for a cameo; there will be a substantial role for him.” When asked if he would consider replacing Cho Lam with another actor, Patrick said persistently, “No, no one can replace him. There will be a way to solve the money issue.” Patrick then defended Cho Lam and said he was not a money-minded person, citing a recent instance of Cho Lam voluntarily helping new directors review their scripts.

In related news, Cho Lam is currently preparing for his wedding on Valentine’s Day. He and Leanne Li (李亞男) would be travelling to Maldives for their pre-wedding honeymoon and to take wedding photos. He also cleared up false rumors of a poor relationship between him and his future mother-in-law. Since the couple will focus on their careers, they will use contraceptives after marriage.