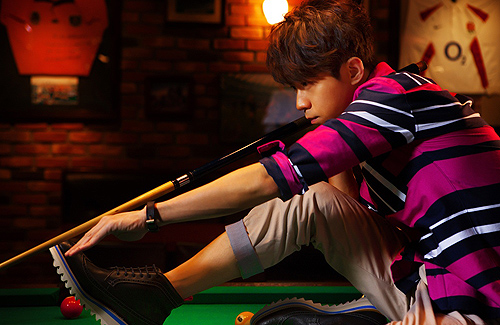 Known as the “romantic prince” of Chinese pop music, Michael’s album is, once again, largely dominated by love songs, but with another theme – memories. Through this album, Michael hopes that memories, whether painful, happy, or crazy, should be cherished, kept safe, and never forgotten.

Micheal also revealed that he added some of his own memories in the album. He admitted that he had missed too many relationship opportunities in the past. “But right now, I want to focus on my career. I don’t have time for dating. I will not impose on anything. The most important thing in a person’s life is to live substantially and happily.”

In terms of his career goals, the 42-year-old disclosed that he is working hard on writing his first theater project. “I want the songs I write to be put in a script. Hopefully it’ll be brought to the stage in three years.”

Michael also hopes to work with Chinese singer, Na Ying (那英). “I’ve worked with many great people in the last 20 years, but the one I want to work with the most is Na Ying. I want to have a duet with her. I really like her voice.”

He laughed that he only had the opportunity to pass by her when they were at an event together. “I didn’t dare to approach her for a chat. She is a dajie [big sister/respected senior]!”