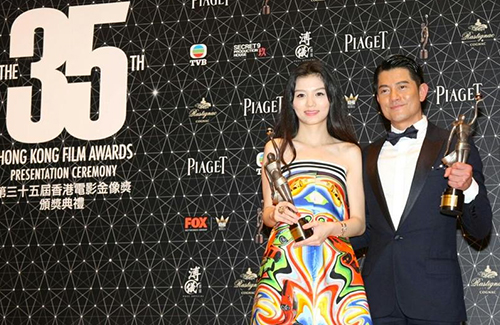 Though Port of Call is acclaimed with high-caliber performances, the crime thriller did not win Best Film. The Best Film award went to the low-budget feature Ten Years <十年>, a movie that is set in a “darker” future where Hong Kong is under greater Chinese control. The picture is banned in Mainland China. Reportedly, China will also not be showing the broadcast of the Hong Kong Film Awards.

Ten Years win, however, was not without controversy in Hong Kong. Although it was a sleeper hit and a box office success, it was neither the highest-grossing nor the most successful film released in Hong Kong last year. Businessman and film investor Peter Lam (林建岳) said Ten Years, which was produced with a budget of only $600,000 HKD, lacked in many other technical areas and was not nominated in any other categories besides Best Film.

“Ten Years win is unfair to many filmmakers,” said Lam. “It means the government has kidnapped professionalism. It politicalizes an awards ceremony about filmmaking.”