As the 2018 TVB Anniversary Awards approaches this Sunday on December 16, the debate of who this year’s Best Actor and Actress will be is stirring up the Internet. Though there are many worthy nominations every year, there are a few actors who have been nominated countless times, but can’t seem to ever win the award.

Throughout Kenneth Ma‘s (馬國明) countless years of acting for TVB from being an unnoticed actor to becoming the main lead, fans assumed that he would eventually have his turn with Best Actor. First nominated in 2005 for Scavengers’ Paradise <同撈同煲>, Kenneth has already been nominated 11 times but always leaving empty handed. Even The Hippocratic Crush <On Call 36小時> and The Exorcist’s Meter <降魔的>, in which fans thought he should be the worthy winner, Kenneth never clinched the award. Though he has not actually won Best Actor, he definitely is the worthy Best Actor in fans’ hearts. 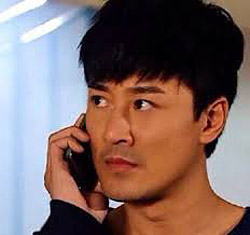 Raymond Lam (林峯) entered the entertainment industry in 1999 an was given many memorable roles in dramas like Moonlight Resonance <溏心風暴之家好月圓>, Highs and Lows <雷霆掃毒> and Line Walker <使徒行者>. Many viewers thought his acting was worthy of Best Actor and his characterization was always so memorable. However, even after 16 nominations, Raymond has only ever reached Top Five. Raymond must have been discouraged and decided to leave TVB in 2014  after Line Walker .

Steven Ma (馬浚偉) has been in countless award-winning dramas, but he can’t seem to win Best Actor. From Return of the Cuckoo <十月初五的月光>, Where the Legend Begins <洛神>, Perish in the Name of Love <帝女花> Storm in a Cocoon <守業者>, Steven has already been nominated 13 times. This year, he wasn’t even nominated for his role in Deep in The Realm of Conscience <宮心計2深宮計> due to Steven filming for a rival station. This disappointed many fans.

Joe Ma (馬德鐘) has been in the industry for 23 years and his professional acting has never been doubted before. Like Raymond Lam, he has been nominated for Best Actor 16 times in which he left empty handed. His biggest wish was to win the award for his role in the 2006 drama,  Maiden’s Vow <鳳凰四重奏> as it received such high praise. Unfortunately, he lost to Kevin Cheng’s (鄭嘉穎) performance in Under the Canopy of Love <天幕下的戀人>. This year, he is nominated for his role in Life on the Line <跳躍生命線> and many netizens believe that he is worthy of both Best Actor and Most Popular Male Character. Will he win the award this Sunday like his fans hope? 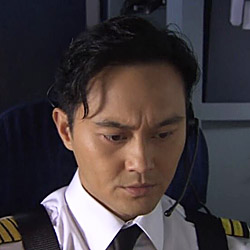 Chilam Cheung (張智霖) has been nominated for Best Actor six times and he was the crowd favorite each time. Even as Captain Cool in the successful Triumph in the Skies 2 <衝上雲霄>, he lost to Dayo Wong (黃子華) in  <My盛Lady>  and instead won Most Popular Male Character.

Lawrence Ng (吳啟華) is mainly known for his successful doctor role in Healing Hands <妙手仁心>. However, aside from his role as a doctor, he has actually appeared in many other dramas including The File of Justice V <壹號皇庭V>,  A Taste of Love <美味情緣> , and Fate Twisters <黑夜彩虹>. Unfortunately, he never received Best Actor due to the heavy competition at the time against Gallen Lo (羅家良) and Bobby Au Yeung (歐陽震華).