Mainland Chinese dramas on top of our to-watch list in 2019.

While 2018 was the year of period dramas, viewers can look forward to modern Chinese productions this year starring both fresh faces and recognized actors.

Watch Angelababy in “My True Friend”

Look out for Angelababy (楊穎), Deng Lun (邓伦) and Zhu Yilong (朱一龙) who will be the main leads in  My True Friend <我的真朋友>. While the storyline of workplace rivalry leading to romantic sparks may not look exceptionally promising, the cast’s good looks and popularity will undeniably be a draw for viewers. Zhu Yilong, who previously starred in Guardian <镇魂> and The Story of Minglan <知否知否应是绿肥红瘦>as well as Deng Lun are also likely to make hearts throb. 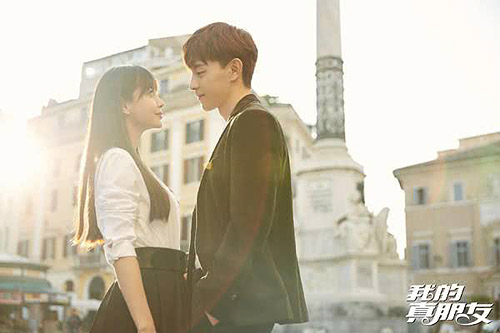 Feel the Thrill of Adrenaline in “The King’s Avatar”

The King’s Avatar <全职高手> based on the novel of the same name, stars Yang Yang (杨洋) of Love O2O <微微一笑很倾城> fame as the protagonist Ye Xiu, a talented gamer who changes opinions towards e-sports with his outstanding performance in the multiplayer online game Glory.

The drama Never Say Goodbye <不说再见> tells the story between a narcotics cop, played by Ren Jialun (任嘉伦), who sounds out a drug kingpin’s daughter, played by Janine Chang (張鈞甯), with the two eventually developing mutual feelings. Ren Jialun impressed with his emperor character in The Glory of Tang Dynasty <大唐荣耀>, while Janine, who’s known for her charismatic beauty, starred in last year’s romantic hit Here to Heart <温暖的弦>. 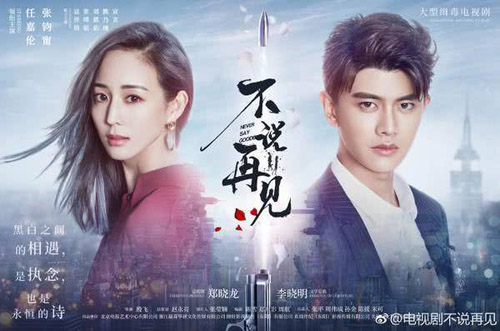 Relive Nostalgic Youth in “Cry Me A Sad River”

With the movie adaptation being highly anticipated by fans, the drama version Cry Me A Sad River <悲伤逆流成河> from the romance novel by Chinese writer Guo Jingming (郭敬明) is also one to watch out for, helmed by the same production team behind another book-to-TV adaptation Rush to the Dead Summer <夏至未至> . Main leads Zheng Shuang (郑爽) and Ma Tianyu (马天宇) are good friends in real life and many fans can’t wait for sparks to fly onscreen between the two. 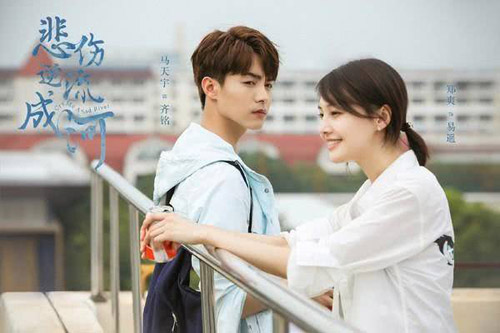 Indulge in Saccharine Sweetness in “Put Your Head On My Shoulder”

The sister drama of A Love So Beautiful <致我们单纯的小美好>, Put Your Head On My Shoulder <致我们暖暖的小时光> revolves around chemistry genius Gu Weiyi played by Lin Yi (林一) and determined female lead Situ o played by Fair Xing (邢菲) who come to live under the same roof, later falling for each other. The cast of fresh faces also include Daddi Tang (唐晓天) and Zheng Yingchen (郑英辰). 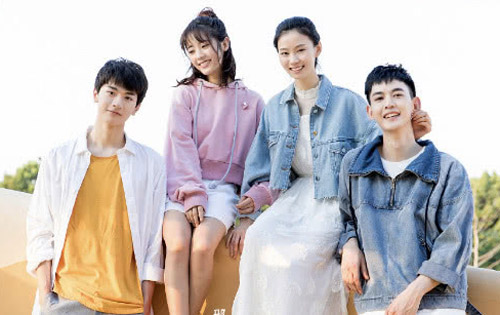 Explore Themes of Youth, Love and Trust in “Youth Should Be Early”

Another coming-of-age drama, Youth Should Be Early <青春须早为> stars Hu Yitian (胡一天), who was the male lead in A Love So Beautiful <致我们暖暖的小时光>, and like the latter also centers upon the lives of characters after graduation. The female lead will be played by 25 year-old actress Elaine Zhong (钟楚曦). 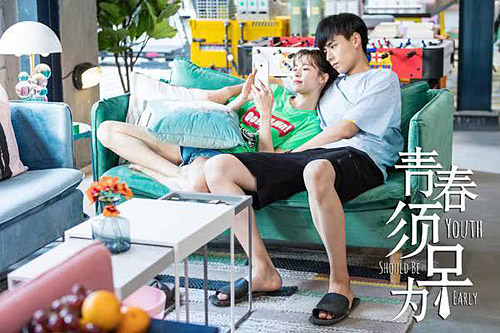 Enjoy Intrigue and Suspense in “Dancing In the Storm”

In modern spy drama, Dancing In the Storm <风暴舞>, William Chan (陈伟霆) portrays a cyber security company employee who accidentally gets embroiled in a conspiracy. Action scenes will be a highlight with smart plot twists to be expected. The drama also stars Gulnazar (古力娜扎). 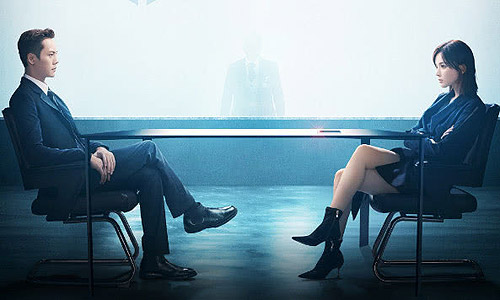 Which of the dramas have caught your attention?