Dropping his handsome boy image for his new role in suspenseful period drama, Please Give Me a Pair of Wings <請賜我一雙翅膀>, Aaron Yan (炎亞綸) sustained numerous injuries during the filming process.

Although many of his fans are used to seeing the 33-year-old actor in the typical handsome boy-next-door roles, Aaron pursues a different image in Please Give Me a Pair of Wings. Playing the character of a tough but talented captain of a detective team, Aaron helps find the real murderer behind the death of Shanggu’s Police Commissioner. His daughter Lin Jiuge (portrayed by Ju Jingyi 鞠婧禕) is the top suspect.

Aaron didn’t have a lot of confidence with his fight scenes at first. Even though he was a quick learner and was able to finish most of his scenes quickly, Aaron suffered many injuries including pulling his back muscle, and having problems with his cervical vertebrae. Not being able to move his neck freely, Aaron had to wear a neck brace whenever he wasn’t filming.

Because of his injuries, Aaron had to stop filming mid-production to receive medical attention and  reschedule his major fight scene towards the end of the filming process. In the last scene, Aaron was to be thrown down to the floor by his 6-feet-2-inch tall opponent. Unfortunately, after filming that particular scene, Aaron was unable to stand up by himself and had to call someone over to help him. However, when Aaron saw the director tearing up behind the camera after filming the scene, the actor knew it was all going to be worth it in the end.

“Please Give Me a Pair of Wings” Trailer 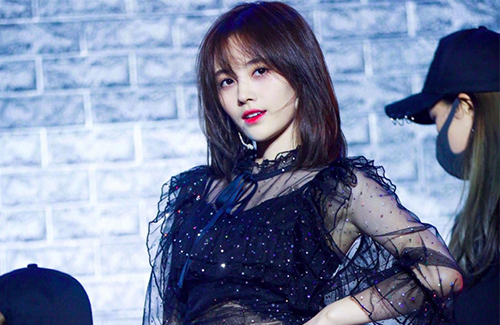 Though known for her beauty, graduated SNH48 member Ju Jingyi is now under criticism for speculated plastic surgery.