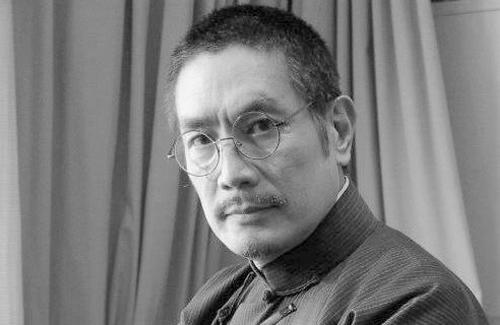 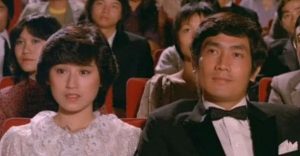 Taiwan is known for its beautiful women, and many actresses were discovered in Taiwan and later on became stars in Hong Kong. The 1970’s had Brigitte Lin (林青霞), the 1990’s had Joey Wong (王祖賢), and the 1980’s had Tai Liang Chun.

In 1980, Shaw Brothers looked to Taiwan to uncover new talent. They discovered 22-year-old Tai Liang Chun who was in her second year of university and signed her to a five-year contract. She left for Hong Kong to start her new career and filmed her first movie, 1981’s One Way Only <單程路> which was directed by Golden Horse winner Danny Lee (李修贤).

Her career was smooth sailing but unfortunately the same could not be said about her love life. In 1982, Liang Chun fell in love with her co-star Tony Liu and married him shortly after. After marriage, Tony’s personality changed and he frequently abused her. 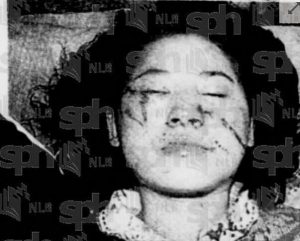 Liang Chun escaped to Taiwan to stay with her family, but Tony suspected that she had cheated on him and chased her down, using knives and forks to permanently disfigure her face.

Tony claimed that he was very remorseful after the fact and immediately took her to the hospital and apologized. However, her parents were adamant on taking this matter to court.

Liang Chun originally agreed to a 6 million TWD settlement. However, she changed her mind and decided to sue him for attempted murder.

The court handed a two-year-and-sixth-month prison sentence to Tony but he fled the country before his appeal. He also did not attempt to hide but rather continued his career in the Hong Kong entertainment industry.

Due to the fact that there is no extradition agreement between Hong Kong and Taiwan, Tony was able to avoid prison. According to Taiwan’s law, there is a 10-year-period before the case is closed. So in 2011, Tony was able to participate in the Golden Horse Awards ceremony held in Taiwan. As well, it is said that he only paid a small sum of 100,000 TWD to Liang Chun as a settlement fee.

Liang Chun’s life story is quite pitiful as she then had a relationship with a Taiwanese doctor but was also a victim of his domestic abuse. It is rumored that she had multiple abortions for him.

After breaking up, she met a Japanese doctor and married him in 1992. However the Taiwanese doctor chased her down in Japan, killing her husband and stabbing her in the back of the head.

At one point, the police suspect that she had corroborated with her ex-husband to plan this murder. However they cleared her of suspicion after further investigation but her husband’s family still have their doubts leading to a fight for his estate. In the end, Liang Chun did not win his estate but it was rumored that she is the beneficiary of his life insurance payment worth up to 1 million RMB. Afterwards, she disappeared and other than rumored sightings, no one has any idea where she is. 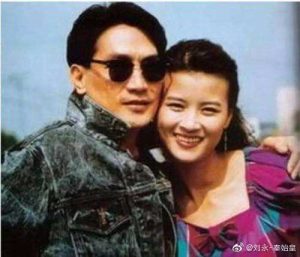 In 1992, Tony had his second marriage to Miss Asia 1985 winner Eva Lai (黎燕珊). They had a son and daughter together. However in 2000, it was rumored that Eva had enough of his domestic abuse and had filed for divorce.

While Eva had dated Tony, many had warned her it was a bad idea due to his history with his ex-wife. But Eva was blinded by love and didn’t see any of Tony’s faults, until his violent temper emerged after their marriage. It was alleged that Tony had cheated and left bruises on Eva’s face during their arguments. Describing her marriage with Tony as a “nightmare,” Eva deeply regretted ever loving him.

After divorce, Tony stopped paying alimony which left Eva to raise their children on her own. Falling into financial difficulty, Eva had even once considered suicide. But her love for her children forced her to grow stronger and she eventually established herself as a successful host when returning to the entertainment industry. 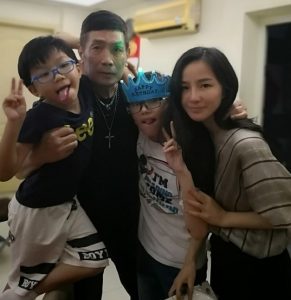 In 2007, Tony married for the third time to a woman 30 years his junior. They have two sons, age 12 and 8 and lived in Shenzhen. It was recently reported that his wife has decided to file for divorce and split his assets in half. As well, their two sons will return with Tony to live in Hong Kong.

A recurring pattern in all of Tony’s marriages is his inability to hold long-term relationships. Despite his controversial personal life, Tony remains active and appeared in Hong Kong movie Little Q <小Q> earlier.

Jiang Jinfu Kicked Ex-Girlfriend Until She Had Miscarriage?