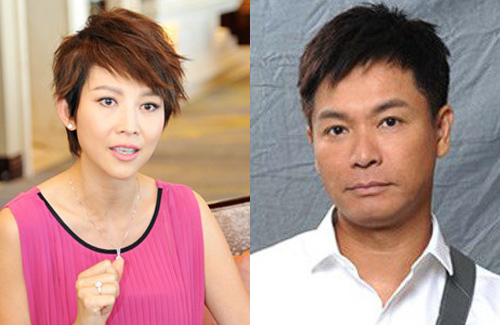 After the success of Inbound Troubles <老表，你好嘢!> and Come On, Cousin <老表，你好hea！>, TVB will be filming a third installment. However, due to schedule conflicts, Joey Meng (萬綺雯) dropped out of Inbound Troubles 3 <老表3> and will be replaced by Ada Choi (蔡少芬).

Although Ada is no longer a contracted artiste with TVB, she occasionally films for the station. As it has been three years since Ada’s last series, many are excited to see her return. Inbound Troubles 3 will reunite her with Roger Kwok (郭晉安), with whom she has not worked with since 2000’s At the Threshold of an Era <創世紀>.

After receiving recognition for her role as Empress in Mainland series The Legend of Zhen Huan <甄嬛傳>, Ada has been continuously offered filming projects. Taking three months to film Inbound Troubles 3, Ada does not mind sacrificing higher-paying projects in Mainland China.

Ada laughed, “It’s not just about earning money. When it come to filming for TVB, I want to have a bit of fun. We have to do dubbing for our series in Mainland but audio is done within the series at TVB. It’s more fun! I don’t ever start a job and think about how popular I will become or the awards I can get. I only consider if I like the production or not. TVB propelled me into stardom, so coming back to film is a no-brainer.”

Besides her good relationship with TVB, it is speculated that Ada agreed to film Inbound Troubles 3 due to her friendship with Wong Cho Lam (王祖藍) and Roger. Although they have never collaborated in a drama together, Cho Lam and Ada maintained a close relationship outside of work. Cho Lam also revealed that he created Ada’s character with her in mind, especially the wife and motherly traits.

Under Cho Lam’s leadership, Come On, Cousin was one of TVB’s highest-rated series in 2014. The cast received recognition for their wonderful performances, with Ram Chiang (蔣志光) and Louis Cheung (張繼聰) winning the Best Supporting Actor and Most Improved Male Artiste titles respectively at the TVB Anniversary Awards

Placing his faith in Cho Lam’s scriptwriting once again, Roger said, “The pressure is on Cho Lam – his pressure is a lot greater than mine, so I hope he maintains good health. He’s currently doing movies, and writing scripts – he’s going to have to clone himself with this busy schedule. Good thing there are a lot of actors in Inbound Troubles 3 so the focus on the characters is more disperse. Cho Lam writes our characters with us in mind, so I have faith in him. He’s already been doing it for half a year now.”

Portraying a principal in the new drama, Roger looks forward to working again with Ada.