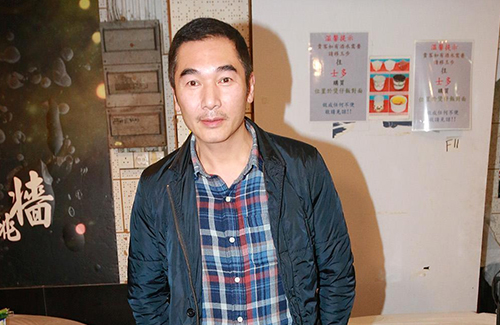 Alex Fong Chung-sun (方中信) is still not used to TVB’s gruesome filming schedules. The Legend of Miyue <羋月傳> actor joked that he’s probably not going to shoot another TVB drama for “the next ten years.”

A few days ago, the cast and crew of TVB legal drama Law dis-Order <律政強人> got together for a dinner banquet to celebrate the completion of principal photography. While Alex had a great time shooting the show, he said it was definitely one of his more difficult projects in recent years.

The 52-year-old actor, who plays a lawyer in the courtroom drama, said, “Though I had a lot of fun collaborating with the newcomers and the veterans, it was stressful. I had a lot of scenes, a lot of dialogue, and my partner Liu Kai-chi (廖啟智) never NGs. So much stress!”

A reporter suggested Alex to film a series with a more light-hearted genre to relax himself. “Like sitcoms?” he asked. “The filming schedules are too regular. I wouldn’t be used to that lifestyle.”

His costar Raymond Cho (曹永廉) agreed with Alex, expressing that Law dis-Order was also a very challenging project for him. “But [Alex] made it sound like this would be his last TVB drama,” he said. Alex responded with a laugh, “Don’t expect me to be back for the next ten years.”

Alex then went on to mention that Short End of the Stick <公公出宮> made Raymond really popular in recent months. He said, “[Raymond’s] definitely going to win Best Supporting Actress this year. I’ll present the award to him.”