In a recent episode of Walk Together <一起走過>, a radio talk show hosted by Elena Kong (江美儀) and Gary Yeung (楊紹鴻), guest stars Michael Tao (陶大宇) and Eddie Kwan (關禮傑) opened up about their struggles hustling during the 80s and 90s television boom in Hong Kong. They also shared about a hilariously unfortunate event that happened in mainland China while they were shooting for TVB’s 1987 historical epic, Genghis Khan <成吉思汗>, surprising the hosts.

Genghis Khan was the first TVB drama to film in mainland China. According to Chinese laws at the time, international visitors were only allowed to bring in a limited amount of cash into the country. Every one hundred Hong Kong dollar bill must be exchanged for a voucher.

As they passed through security, most of the Genghis Khan cast members claimed that they didn’t bring in any cash, except for one, who couldn’t lie and told security he brought over 10,000 Hong Kong dollars in cash.

Surprisingly, that cast member was allowed to pass through. After checking in their hotel and eating dinner, a large group of Chinese police stormed in. In a panic, Alex Man (萬梓良) grabbed the cash and flushed it down the toilet!

“We were all terrified!” said Gary Yeung, who was also part of the cast. “They just stormed in! We don’t know if we would be arrested or executed! So we tried to flush it down the toilet, but it got stuck! Maybe some of the cops found it, but fortunately all of us were safe!”

Michael and Elena Were Chased Down By Fans

Speaking about working in mainland China, Michael and Elena recalled a rather horrifying experience with fan culture while in Shenyang, Liaoning. They arrived early in the morning, and had plans to head straight to the hotel to get some sleep before performing later that day. Unfortunately, their fans caught wind of their arrival time, followed them as they boarded their van, and stopped them on the road several times while they were en route to the hotel.

“We just got off the plane and weren’t in our best shapes,” explained Michael. “We also have to consider that we had to attend a function the next day.”

Elena said Michael had taught her to wait by the door so she could easily escape into her room when she sees fan stalkers approaching her. They had to alert police in the end to remove them from the premises.

Reflecting on their careers, Michael pointed out that many rookie actors in the past would refer to their seniors respectfully (adding “gor” or “jeh” at the end of their names), but this practice is slowly disappearing.

Elena quickly chimed in, “They actually call you? You’re having it good then! [Rookies] don’t even acknowledge me, even the ones who I’ve collaborated with! Also, nowadays, no one’s awake for an 06 schedule!” 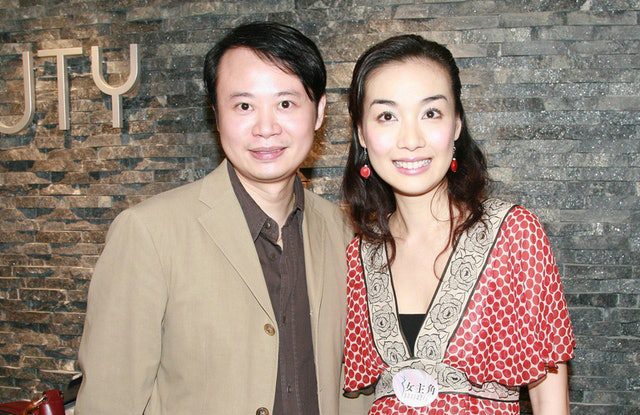