Alice Chan Halts Work and Moves in With Boyfriend 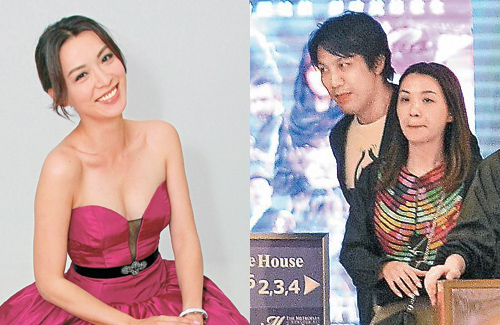 Although Alice Chan’s (陳煒) relationship with new boyfriend Aldous Chan (陳國強) was slightly rocky at first, the two managed to work through the minor hiccups. The couple has reportedly even moved in together.

After filing for divorce with Taiwanese businessman James Yen (顏志行) seven years ago, Alice remained single until meeting Aldous. Although Aldous is a doctor, his profile was uprooted by the media and it was said that he was still married when he starting dating Alice. Fortunately for the actress, Aldous immediately came forward to defend Alice after the rumors started.

The main reason why Alice’s previous marriage broke down was because of lack of time spent together. Due to James’ focus on his business and the frequency of work trips, Alice had spent more time alone than with her ex-husband during their marriage.

Alice doesn’t want to make the same mistake again and understands that spending more time with her new boyfriend is key to maintaining a happy relationship. Although she won My Favorite Actress at the TVB Anniversary Awards last year and was heavily promoted to be the next TV Queen, Alice decided to relax her schedule this year and took a small hiatus. Her boyfriend will take priority instead.

In her recent social media updates, Alice was seen frequently cooking food for Aldous. Apparently living together, Alice has introduced Aldous to her friends and invited him to group dinners and school reunion events.

Recently, Alice and Aldous were seen on a movie date. Not wanting to be bothered by the paparazzi, the two were dressed down and left the theater separately after the movie ended.

It is speculated that the couple is living together to test out their compatibility for marriage. Unable to reach the couple for comments, the media spoke to Alice’s good friend and fashion designer, Dorian Ho (何國鉦) who then clarified, “I haven’t heard about any wedding plans yet, but knowing Alice’s personality, I don’t think she’ll have a flash marriage. As a friend, I see how happy they are together, and I do wish that this day will come!”