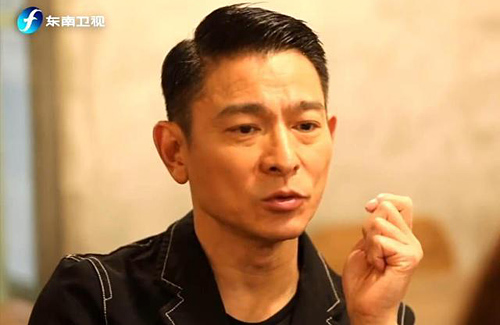 Andy Lau (劉德華) admits that he lived through the lowest point in his life in the last two years. In 2017, Andy was hospitalized after falling off a horse while filming in Thailand and halted all his activities. Last year, his concert tour was cut short after catching a cold and losing his voice. Just as Andy thought he hit rock bottom, the concert investors accused Andy of causing them to lose money.

Appearing in popular Chinese talk show, A Date with Luyu <魯豫有約一日行>, Andy admits the road to recovery since his horseback riding accident was difficult. He had developed post-traumatic stress disorder (PTSD). Fearing he would lose the ability to walk again, Andy even considered participating in the Paralympic Games and thought about the training he would need.

Two months after his recovery, Andy became afraid of everything. Andy wast worried about getting hit by a car if he drove through a yellow traffic light, and he was nervous riding a plane.

However, just as Andy thought he made a full recovery, he again questioned himself when his concert session terminated early after catching the flu.

Kindness from Fans; Disdain from Investors

After his injury, Andy had a lot of time to think about other people’s perception of him. Although his fans remained supportive and understanding through this difficult time, Andy also noticed that his investors had a change in attitude, “People who were far away from me and people whom I never interacted before, they all cared about me. However, people who had invested in my projects, they would calculate when I can reimburse them back.”

With fans on his side, Andy also had to endure the investors’ harsh words: “I never thought Andy Lau would lose money.” Speechless, Andy could only reply, “I didn’t expect it either.”

Experiencing kindness from his fans while facing the harsh reality from his investors, Andy learned that there are limits to relationships and friendships can be measured. Hurt by his experience, Andy admitted that bad things happened to him before, but he was just too busy to notice.