With the coronavirus pandemic starting to slowly subside, some Chinese variety shows and drama and movie productions have gotten back on track and resumed filming. Popular variety show Keep Running <奔跑吧> has also returned with a new season and there are three new additions to the cast: Sha Yi (沙溢), Guo Qilin (郭麒麟), and Cai Xukun (蔡徐坤). 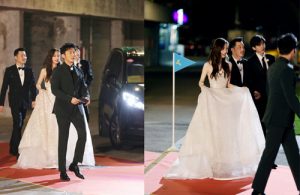 Filming for the first episode began recently, and a photo with the three new members posing with the original cast of Li Chen (李晨), Angelababy (楊穎), and Ryan Zheng (鄭愷) was shared online. Idol singers Song Yuqi (宋雨琦) and Lucas Wong (黃旭熙) are also among the confirmed cast, but they were absent from the first shooting due to coronavirus concerns.

As shown in the photos, the male cast members arrived on the red carpet in neat and smart-looking black suits. As the only woman present, Angelababy easily attracted the most attention with her shiny, fairy-like dress. Although Angelababy’s dress looked beautiful, the long length made it inconvenient for her to walk. As she struggled to hold her dress while walking up the stairs, popular idol Xukun immediately came up from behind to help her out. Displaying both great manners and excellent visuals, Xukun was significantly praised by netizens. 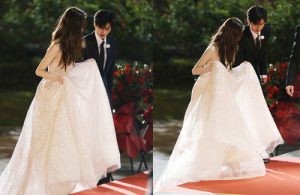 Ever since it was revealed that he would be joining the Keep Running cast, netizens labeled the young idol as Luhan (鹿晗) 2.0. Sharing great similarities with Luhan, it’s believed Xukun was cast to play Luhan’s young, handsome, and ambitious character.

Xukun debuted in boy group Nine Percent < 百分九少年> after winning first place in survival reality TV show Idol Producer <偶像练习生> in 2018. Although he received immense love from his fans, he is still greatly ridiculed and criticized for his looks and music. To combat the negativity, he stays humble and continues to work hard to improve himself in a low-key manner. 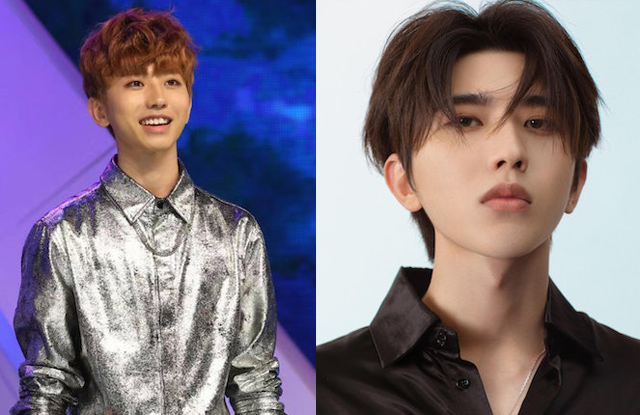