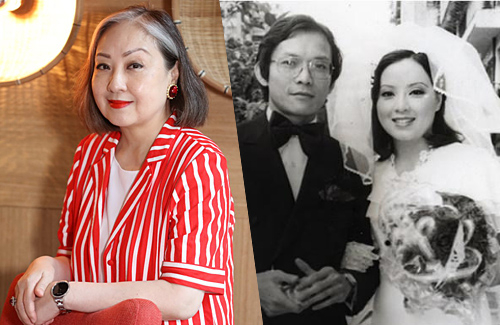 Sixty-five-year-old actress Angelina Lo (盧宛茵) was recently recognized for her years of acting and was awarded the “Professional Actor Award” at the 2018 TVB Anniversary Awards. With decades of acting experience, Angelina once prioritized getting married over her career advancement.  Although the marriage eventually ended in a divorce, Angelina shared how she picked herself up after the split.

Marrying at a Young Age

Since she was young, Angelina knew she wanted to act and joined TVB’s acting class in 1973. There she met newscaster and ex-husband, Donny Ho (何鉅華). Recalling how she met Donny, Angelina said, “It was like fate. We were both busy with make-up and only greeted each other. The romance developed.  Scared that I will be a bachelorette forever, I hurriedly got married.”

At the height of her career, Angelina’s parents warned that Angelina was too young to get married. However, Angelia didn’t heed her parents’ warning, got married at 22 years old and later gave birth to three children. After staying married for 12 years, Angelina eventually requested a divorce.  Angelina felt that if two parties are suffering together, it was better to end the marriage and stop the pain. 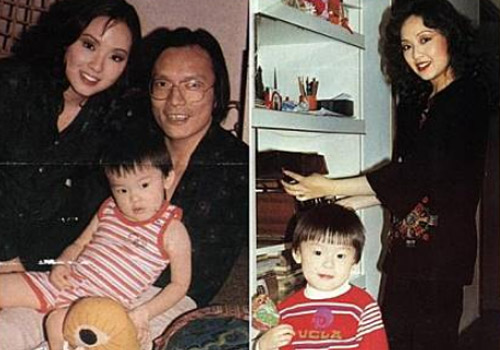 After the divorce, she returned to the small screen in the drama, Seasons <季節>. The divorce had taken a toll on her mental health but thankfully, Angelina had support from her co-star, late actress Tang Pik Wan (鄧碧雲). During their emotional talk, Tang Pik Wan told Angelina:  “Stop always thinking of the past and stop missing the past.” Understanding that being nostalgic would only make her sad, Angelina started to look forward to the future.

Does Not Regret Divorce

Today, Angelina is happy and independent. Although, Angelina didn’t have any boyfriends after her divorce, Angelina does not regret marrying at such a young age. If she didn’t marry, Angelina wouldn’t have her three children and four grandchildren today.

True to her optimistic personality, Angelina joked that in the future she would want to wear a graduation hat and get an honorary degree, or get introduced to romantic suitors. However for now, Angelina enjoys being a grandmother, wishes for good health, and hopes to bring her career to greater heights.