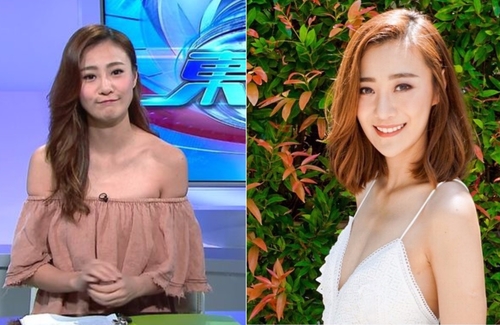 After the Sum On Cheating Scandal 2.0 surfaced a few days ago, Ashley Chu (朱智賢) and Jackson Lai‘s (黎振燁) images have taken a hit. Given that the two went on a secret date behind the backs of their respective significant others, their actions could potentially demolish their developing careers. 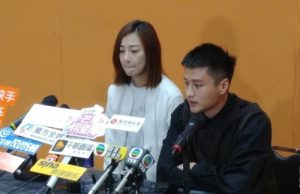 Although both parties knew Jackson has an eight-months pregnant wife and Ashely is dating actor Brian Tse (謝東閔), they still secretly met up at a secluded location to eat cake inside the car – only to be ambushed by the paparazzi. After the affair between the former Miss Hong Kong finalist and 2016 Mr. Hong Kong winner was exposed, Ashley apologized for her actions at a press conference with Brian by her side while Jackson still has yet to address the public.

Although TVB has been offering the rising stars more work opportunities, management immediately froze the two actors following the scandal. Jackson was originally going to film a martial arts drama with Karl Ting (丁子朗) after he finished shooting Zombie <食腦喪B>, but the company has decided to halt his jobs to resolve the problem.

Ashley’s scenes for Legal Mavericks 2 <踩過界II> have already been completed, and there are rumors about the actress being ousted from her TV host position on Scoop <東張西望>. However, sources report TVB is just giving her a two-week break from her hosting duties, and she will return later. It is believed that TVB wants to protect her career since they arranged a press conference for her to issue a public apology.