ATV Files for Bankruptcy Due to Repeated Financial Difficulties 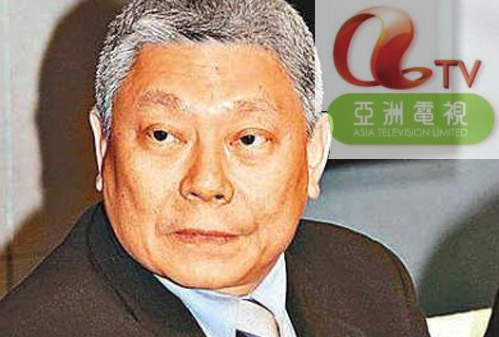 How will the filing of bankruptcy impact ATV? A representative from ATV responded, “Mr. Tsai’s company’s $150 million HKD in convertible bonds and interest were returned last year, while Mr. Tsai applied for a court injunction prohibiting the release of $23 million in convertible bonds of the company. Now, Mr. Tsai used these grounds to withdraw his stake from ATV.  For the sake of the overall situation, ATV agreed to let Mr. Tsai redeem this portion of the funds.” According to the interpretation of a legal professional over the matter, under Hong Kong law, shareholders can apply for bankruptcy on the grounds of insolvent funds, regardless of how many shares were held.

In addition, there were rumors that more than a dozen ATV production staff were poached [by another television station].  Yip Ka Boa stated, “In the past, there were also employee departures, however, no one paid attention to the matter. ATV will not take the situation lightly, but will instead strengthen talents in the scriptwriting department. As to whether salaries will be increased in order to retain employees, this will be dependent upon the circumstances.  We do not wish to increase salaries simply due to the departure of staff. The company already made annual pay adjustments in the middle of the year.” Asked whether ATV will follow TVB’s issuance of letters to employees warning of the poaching crisis, Yip Ka Bao noted that each company had its own practices. Since the licenses for the three free television broadcasting stations have not been issued yet, ATV will not heed other television stations’ practices.

Amidst Increased Competition, A Bleak Future Ahead for ATV

In the past decade, equity disputes at ATV persisted and coupled with frequent high-level management changes, ATV was at a disadvantage in competing with rival, TVB. ATV now faced another heavy crisis ahead. Due to the Hong Kong government’s intention to expand free public television, urban telecommunications, as well as cable broadband, the availability of free television licenses were announced in December 2009.

The increase in competition in the free television broadcasting market may pose additional financial difficulties for ATV. Associate Professor, Feng Ying Qian at the City University of Hong Kong School of Journalism and Communication, noted, “ATV is different from TVB and Shaw Brothers in the aspect that ATV does not have real estate and other fixed assets.”

ATV shareholder, Payson Cha, openly stated that free competition in the television broadcasting industry was a negative development for ATV. Mr. Cha stated, “For the audience, more competition and more choices are good things. However, for ATV, this is a very bad development.”

Jayne: This may indeed be the end for ATV, who has lacked in-house quality programming for the last two members. The in-fighting among majority shareholders, Tsai Eng Ming and Payson Cha did not help ATV achieve a forward-thinking plan either.