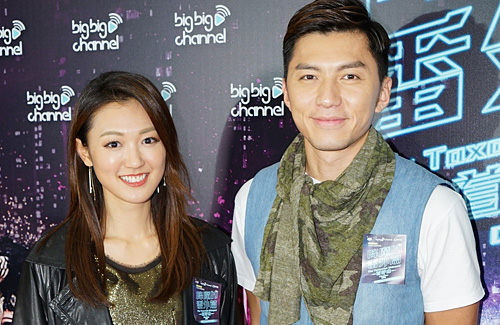 Benjamin Yuen (袁偉豪) and Bowie Cheung (張寶兒) maintained a fairly high-profile relationship since dating. Although together for only one year, the couple is allegedly looking to tie the knot in 2019.

After splitting with Jennifer Shum (岑杏賢) in 2016, Benjamin was quick to bounce back and started dating Bowie after a six-month dry spell. Because fans loved the Benjamin-Jennifer pairing, many were very reluctant to accept Bowie so quickly.

Initially, many fans expressed that Bowie is only dating Benjamin in order to generate publicity for herself. Ignoring the negative comments, Bowie and Benjamin were frequently seen going on dates and openly talked about each other to the press.

Too Cheerful Over Benjamin’s Father’s Death

Negativity surrounding Bowie hit an all-time high when she cheerfully responded to the press while talking about Benjamin’s father’s deteriorating health. Not understanding the consequences of her actions, Bowie then posted an Instagram photo of Benjamin’s father after he passed away. Benjamin’s fans felt it was disrespectful to use the deceased to generate more social media attention for herself.

Not responding to any negative comments during this mourning period, Benjamin found comfort in his girlfriend in the past few weeks. In a photo taken during the funeral, Bowie was seen sitting with Benjamin’s family.

The couple may not have the biggest number of worshippers, but Bowie’s parents, who are business owners with $300 million HKD in assets, have an excellent impression of Benjamin and have included him in various family events.

Benjamin also said his late father’s biggest wish was to see him start his own family, implying that he might be looking to tie the knot with the 26-year-old actress next year in order to make this a reality.