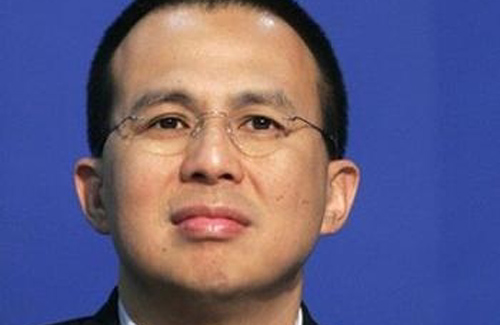 Although HKTV is out of the picture for now, TVB must still face the challenges issued by its two new free-to-air television station rivals. With steady financial backing and experienced leadership, tycoon Richard Li‘s (李澤楷) Hong Kong Television Entertainment Company has positioned itself as TVB’s strongest opponent. The new venture is already marking its territory with a brand new filming studio and its own production company. To breathe freshness into the stalling TV industry, the company has plans to outsource its programming and is looking to partner up with independent studios to create high quality content.

The son of Asia’s richest man, Li Ka Shing (李嘉誠), Richard Li is himself a talented and seasoned businessman who is known for his ambition and sharp financial sense. He nearly single-handedly turned PCCW into the largest telecommunications company in Hong Kong, and ensured its long-term survival by collaborating closely with the local government. He is also passionate and well-versed with the local TV industry. In 1993, Li successfully sold StarTV, a satellite television company he founded, to global media tycoon Rupert Murdoch for $950 million USD. He later revamped PCCW’s television service, turning it into today’s now TV. The premium TV station had earlier successfully recruited popular TVB producers Lau Kar Ho (劉家豪) and Mui Siu Ching (梅小青).

With years of experience in the field, Li has likely identified TVB’s weaknesses and knows how to use them to his advantage. He has already put his plans into gear, earmarking $8 billion HKD to build a brand new TV studio in Tung Chung, an area in close proximity to Hong Kong’s famous airport. The new studio will allegedly be larger than TVB City, and will be furnished with top filming equipment shipped from overseas. Li has also invested in a new post-production center, using action to show his dedication to creating quality material.

For now, Hong Kong Television Entertainment is hoping to fill its debut programming lineup with outsourced content from various Hong Kong and mainland production studios. In a move similar to now TV’s production of The Virtuous Queen of Han < 大漢賢后衛子夫>, the new station will be able to put many well-known artists on its screen regardless. In addition, while TVB is trying to appease the masses by accepting programming ideas from its viewers, Li is instead putting his trust in independent professionals, stimulating both creativity and the job market within the industry.

One of Li’s most likely partners will be entertainment conglomerate EEG. In recent months, EEG has established its own production company, looking to take a bite of the local TV pie. EEG executive Ng Yu (吳雨) described the new business as an all-in-one solution for all forms of entertainment, from simple public functions to major live events. Although Ng insisted that EEG maintains a strong relationship with TVB, he does not deny the possibility of working with its competitors, saying, “We have also started an acting training course. We aren’t concerned with which station as long as there is an opportunity to collaborate.”