Bobby Au Yeung Was at Risk for Brain Damage 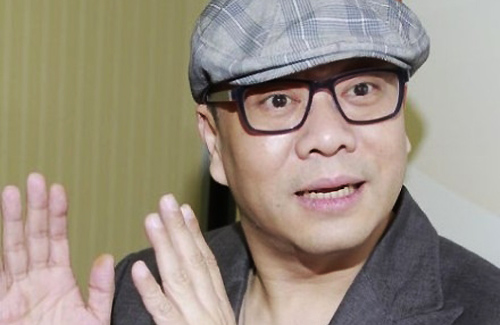 In the early AM hours of February 12, Bobby Au Yeung (歐陽震華) was rushed to the hospital. Fortunately, his friends reacted quickly to Bobby’s condition and he received the proper medical attention within the first 12 hours, otherwise he may have suffered brain damage and become a “vegetable”.

Michael Tao (陶大宇) found Bobby lying on the sofa at their friend’s house party. Since a doctor and police man were among the house guests, Bobby’s vital signs were considered to be in danger and he was sent to the hospital. On the way to the hospital, Bobby was already unconscious and has lost his ability to breathe on his own.

After 4 days in ICU and another 4 days in the acute comprehensive medical ward at the Ruttonjee Hospital, Bobby sounds alert and cheerful, even though he coughs occasionally between conversations. He explained to the press, “The doctors advised me to cough so that the food that remains in the lungs can be coughed out.”

Bobby revealed that he had no recollection of what had happened that fateful day. He recalled, “All I could remember was having a good time taking photographs at a friend’s house. Whatever happened after, I had no idea.”

No Recollection of Incident

According to his wife, Rosanna Fu (傅潔嫻), Bobby had retreated to a corner at one point during the party, settling down onto a sofa. Thinking that Bobby was drunk, Michael Tao had shaken him, intending to wake him up. It was only then that Michael found Bobby with his eyes rolling and suffering cramps.

Upon seeing the state Bobby was in, Benjamin Yuen (袁偉豪) immediately rushed to the washroom to wash his hands before shoving his fingers into Bobby’s mouth so as to prevent the latter from biting his own tongue.

Bobby elaborated with a shiver, “I was told that on the way to the hospital, my body has lost its ability to breathe on its own and I had to rely on machines to help me do that.”

The doctors spent 12 hours to revive Bobby and his strong willpower managed to pull him through. The longer Bobby remained unconsciousness, the higher his chances of having brain damage. This may result in Bobby remaining in a coma permanently. Even though the nightmare is behind him now, Bobby is still petrified at his near-death experience and is ever so grateful to his wife and friends who helped him survive this ordeal.

Regarding the rumor that his excessive consumption of alcohol caused his hospitalization, Bobby explained that it was a combination of factors which may have brought on the acute pneumonia. “I was nursing a flu that day and I did drink a little. When I coughed, food immediately went to my lungs, causing me to fall unconscious.”

The hectic filming of Love Reverses Three Lifetimes of Fate <情逆三世緣> may have also caused 52-year-old Bobby’s immunity to be lowered. Earlier, costar Esther Kwan (關詠荷) had revealed that one day during filming, Bobby had chest pains which caused him to break out in cold sweat. Bobby said , “I had a whiff of thinner and immediately my joints were tight and my chest was in severe pain.”

Bobby declared that after several most days of rest at the hospital, he will be able to return home.

Benjamin Yuen One of Bobby’s Saviors

Indeed, thankfully to friends such as Benjamin who knows first aid, Bobby could be saved in time. When reporters contacted Benjamin, he said, “I learnt CPR so I know it’s important for him to be in the right position so that air can enter. I also helped to clear his throat.”

Benjamin disclosed that Bobby has personally called to thank him. “He asked me not to put my fingers into his mouth the next time, but to use my toes instead!”