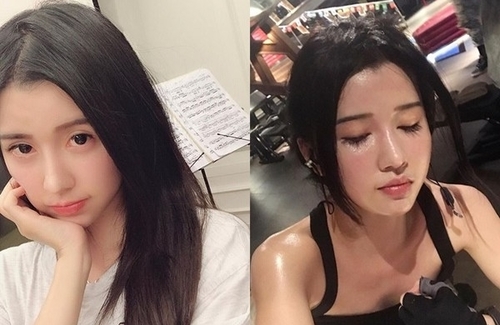 Recently, news broke out Singapore pop group BY2 member, Yumi (白緯玲), was molested by a masseur in Beijing last month. The singer finally broke her silence to shed light on the situation, revealing the scary incident she encountered.

When Yumi entered a massage parlor in Beijing last December, a masseur introduced himself to her, wanting to give her a massage to which she agreed because of how tired she was. Taking advantage of the fact that they were together in a room by themselves, the other party molested her while facing her. When people questioned why didn’t she defend herself and kick him, she helplessly said, “I was doing an oil massage, how can I kick him? How can I take down a male by myself? If he locked the door, what would I have done?”

Immediately afterward, she wanted to stop the massage, but the predator insisted on continuing. Originally not wanting to make it into a big issue, Yumi only told her friends about the experience, but they strongly advised her to report the incident to the police. “The people around me all said it was too extreme, almost to the extent of rape,” she said. “I think girls need to be careful, they need to protect themselves.”

Traumatized by what happened, Yumi was unable to sleep the next two days and eventually had her twin sister, Miko (白緯芬), who makes up the other half of BY2 and her manager to accompany her to the police station in Beijing to file a police report. “The police arrested the guy the same day using wrist cuffs, it was very scary,” Yumi said.

She panicked, as it was her first time seeing the police arrest someone and she also had to identify the culprit. The duration from filing a report to arresting the suspect only took 10 hours in total. Yumi is scarred from the incident and said she does not dare to get a masseur in the future. 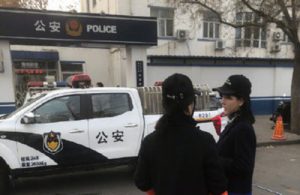