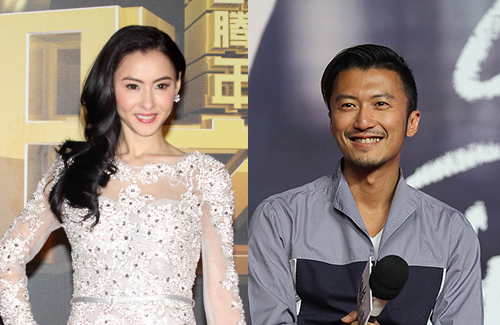 It’s been a troublesome week for Cecilia Cheung (張栢芝) and her ex-husband, Nicholas Tse (謝霆鋒). Flyers alleging that Cecilia had cheated millions from a film contract were posted all over the streets. Meanwhile, Nicholas is facing rumors that he has a poor relationship with his younger son Quintus, thus prompting both Nicholas and Cecilia to release a joint statement denouncing the potentially harmful rumor.

Flyers of Cecilia’s cast portrait from the film The Lion Roars 2 <河東獅吼2> were posted all over the streets. Cecilia’s eyes in photo were whited out. The poster read: “[She] pulled the plank after crossing the bridge! Ungrateful! This trashy fake [artist] signed a contract and successfully stole $32 million HKD. She failed to execute her end of the contract. She’s a disgrace to all entertainers!”

Coincidentally, this incident came after the report which claimed that Cecilia had been trying to sell her property in Century Tower, a luxury residential building in Mid-Levels. She reportedly put the property on the market for $200 million HKD. She then bumped it down to $160 million HKD, but was still unable to sell the property.

In regards to the threat, Cecilia’s manager Emily said, “If there is evidence, then pursue legal action. No need to use such lowly methods, akin to the triads, to smear others. Cecilia has contacted the police through her lawyers for her safety. Her lawyers have also requested the police to find the culprit as soon as possible. We will not take this lightly.”

In another report released on Monday, a tabloid magazine “broke” the news that Cecilia and Nicholas’ younger son, Quintus, does not want to be with his father. In response, Nicholas and Cecilia released a joint statement to announce the magazine’s false claims.

In their statement, the ex-coupled stated that they have always maintained a good relationship. They are both very involved in their sons’ upbringing, and they frequently meet. The couple then urged the “insiders” and “sources” to not invent fake stories for the sake of their children. They will work hard, together, so their sons can grow up in a healthy, happy, and normal household.