Cecilia Cheung on Break Up Rumors: “I Hope Everyone Focuses on Positive Things” 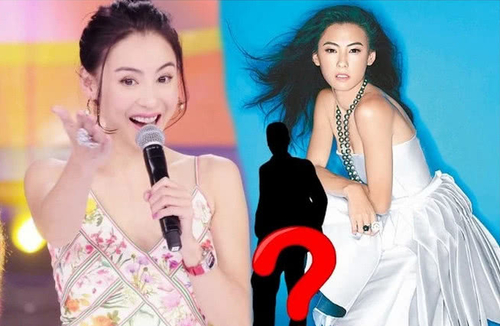 Last November, Cecilia Cheung (張栢芝) shocked the entire entertainment circle when she admitted she gave birth to her third son Marcus Cheung (張禮承). Since then, the identity of his father has been shrouded in mystery, as the media revealed his birth certificate excluded the father’s name. Meanwhile, Tiffany Chen (陳嵐), whom Cecilia used to have a good relationship with until they fell out, accused Cecilia of not knowing who the baby’s father is. However, the media recently suggested Cecilia chose not to disclose Marcus’ father’s identity because they had already broken up.

Although it is an indirect response, her post was like chicken soup – very thought provoking. Despite the Hong Kong media repeatedly shared who the father might be, Cecilia has kept her lips sealed. Possibilities included her ex-husband Nicholas Tse (謝霆锋), 65-year-old Singapore wealthy businessman, 50-year-old Mainland businessman Sun DongHai (孫東海), Taiwanese star He Menghua (何孟懷), and Stephen Chow (周星驰).

However, no one can confirm the identity of Marcus’ father if Cecilia does not reveal it herself. In fact, snippets of Cecilia’s daily life may be an indication that the break up rumor is false. Before Valentine’s Day, Cecilia shared a photo of herself and her two older boys inside a house that is not their Hong Kong home. Then, on February 13th, she left Hong Kong for a place that had snow. In a video she posted on Instagram of the snow, there was a man’s voice in the background. Also, it might be possible that she does not live together with her third child. 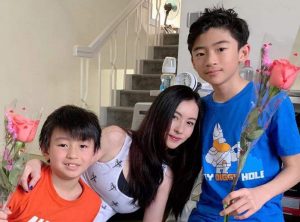 4 comments to Cecilia Cheung on Break Up Rumors: “I Hope Everyone Focuses on Positive Things”