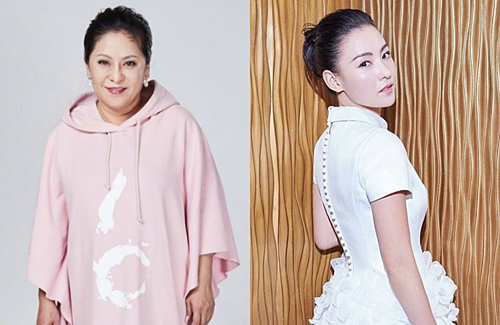 Tiffany Chen (陳嵐), the wife of China Star Entertainment founder, Charles Heung (向華強), is known for her blunt tongue and lambasting those she doesn’t like. Although once treating Cecilia like her own daughter, the pair had a fallout due to Cecilia acting like a diva. No longer friends, Tiffany laughed when responding to recent rumors that she would help Cecilia stage a comeback to film screens, and even made a jab at the actress for “not knowing who the father of her own baby is”. 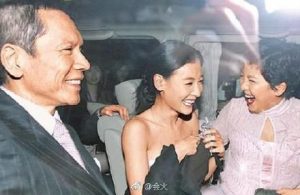 Formerly her manager, Tiffany saved Cecilia from a “rape order” put on the actress by triads when her father, Cheung Yan Yung (張仁勇), didn’t repay his gambling debts in 1999. Due to her clout in the industry as Charles Heung’s wife, Tiffany reportedly saved Cecilia’s skin by intervening in the situation.

China Star also invested their resources to make Cecilia into a big star, by casting her in Lost in Time <忘不了>, which helped Cecilia win Best Actress at the Hong Kong Film Awards.

Recently, an online report circulated that claimed Tiffany will help Cecilia make a big comeback. Tiffany shot down the rumors sarcastically, “Did this media outlet get paid to help [fabricate news] for this woman?” Tiffany even wrote on her social media account, “We haven’t been in contact with the somebody who just had her third baby and doesn’t even know who the father of the baby is,” making a jab that Cecilia left the father’s name blank on her son’s birth certificate.

Tiffany added that whether Cecilia can return successfully depends on the public, “Because she’s not going to change who she is,” hinting that Cecilia can’t be trusted.

Netizens sympathized with Cecilia as a single mom raising three young boys and felt that Tiffany’s words went too far and responded with, “Sometimes, you should be more discrete with your speech. What do you mean by somebody who doesn’t even know who the father of the baby is?” and “Tough and mean, let her go to improve your own karma.” However, some netizens felt that Tiffany had treated Cecilia very well, and the actress must have deeply disappointed her to be on her blacklist now.