After Boy’z disbandment in 2005, members Kenny Kwan (關智斌) and Steven Cheung (張致恒) worked hard developing their respective solo careers. Kenny found success early on in Mainland China as an actor, while Steven expanded into the market gradually and dabbled in some TVB projects. The duo’s popularity can be said greater than that of 15 years ago when the debut of Boy’z skyrocketed them to stardom.

However, Steven’s popularity and wealth are yet to be on Kenny’s level, as the latter had an earlier start in the Mainland Chinese market. Having pocketed a lot of money, it is rumored Kenny has been investing in real estate, with at least two properties in Hong Kong, as well as properties in Beijing, Hengdian, and even Canada. One of the Hong Kong apartments was bought for his parents, and the other is for him to live in.

Earlier, Kenny invited Steven over to his new home in Hong Kong to shoot a video. It was to promote their BOYZ (the “grown-up” version of Boy’z) The Unboxing Live concert, which was held on October 16, as well as, the newly shot MV for their old song, “Following You” <跟蹤你>.

Kenny’s apartment had at least 800-square-feet of space, if not 1,000-square-feet, which is considered large in Hong Kong. With its sheer size and classy layout, it is believed the apartment and interior design was quite costly. It even features a balcony overlooking mountains and buildings. “Sometimes I would eat breakfast out here by myself,” Kenny revealed to Steven.

Steven was surprised to hear this and asked his partner has space to eat breakfast out here. Kenny said, “I set a table out here to eat. It would be tight for you, but it’s perfect for me.” 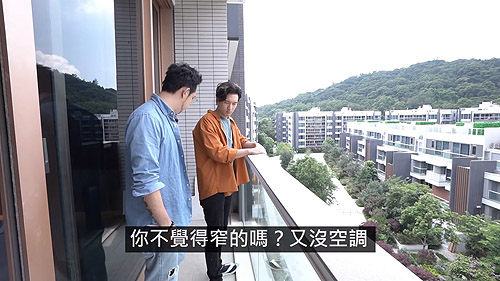 In addition to the balcony, his complex also has a study room and a large walk-in closet, which comes as no surprise since Kenny has always been known for taking care of his appearance. However, there is only one bed in the whole house. “My house was designed so that whoever is staying the night must sleep with me,” Kenny joked. 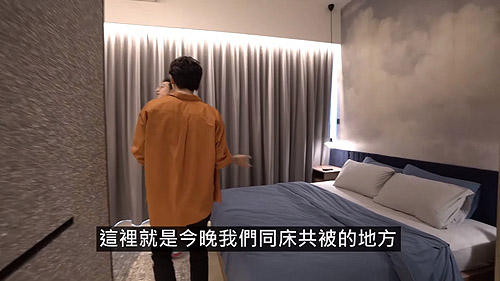 Among his possessions, viewers were particularly focused on the celebrity’s collection of Transformer figures. They were displayed on a lit up built-in glass showcase from floor to ceiling, and more were kept inside his closet. 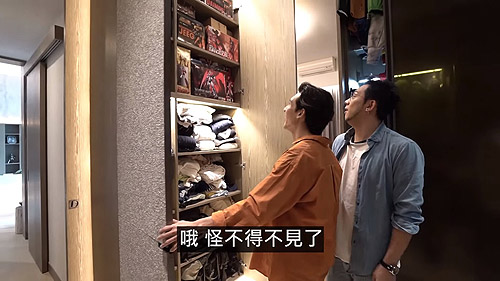 On the other hand, Steven was more alarmed by the blown-up print of Kenny by the star’s bed stand. “He is very narcissistic; he has to see himself even when he goes to sleep,” Steven said jokingly. However, Kenny defended himself and explained he just doesn’t know where to put it yet. 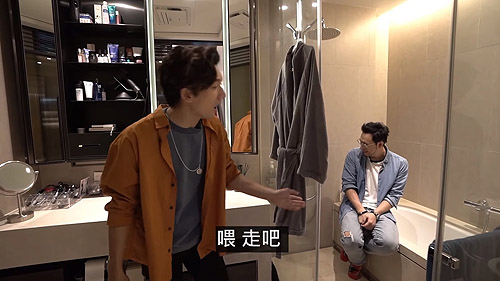