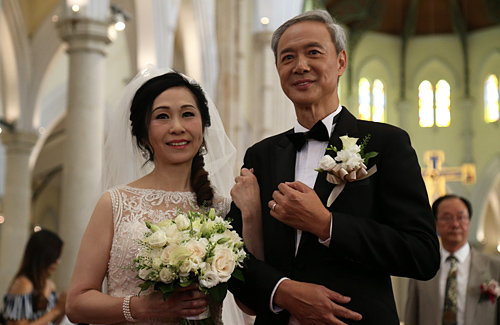 This is Chan Wing Chung’s second marriage, and Helen’s first. Chan Wing Chung’s wife died after having a stroke in 2010. Falling into depression for a long time, Chan Wing Chung never thought he would fall in love with another woman again. The TVB co-stars started dating in 2014 and took their relationship slowly due to their mature age. However, Chan Wing Chung felt that as both are serious about each other, it was the right thing to do to ask Helen to marry him.

The couple’s wedding ceremony was held at The Hong Kong Catholic Cathedral of The Immaculate Conception alongside family and close friends. On choosing the appropriate venue for this special occasion, Chan Wing Chun expressed, “To be able to have the wedding in a place that boasts over a century of history only seems appropriate. To be blessed in such a spiritual place, I’ve gained even more faith in our love and marriage.”

Dressed in a beautiful mermaid-cut wedding gown, Helen glowed as she walked down with her new husband in tow, giving her heartfelt vow at the end of the aisle which eventually rendered herself in tears. While also teary eyed, Chan Wing Chun quickly came to comfort Helen during her speech. Although the wedding was small, many of the couple’s friends from the industry showed up, including Tony Hung (洪永城), Louis Yuen (阮兆祥), Law Lan(羅蘭), and Kiwi Kit (袁潔儀). 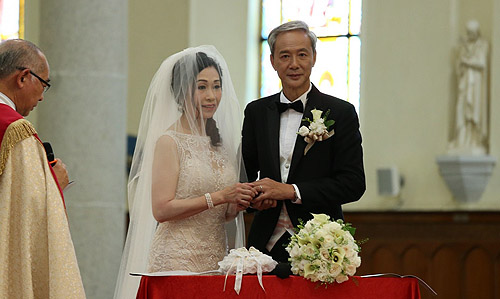 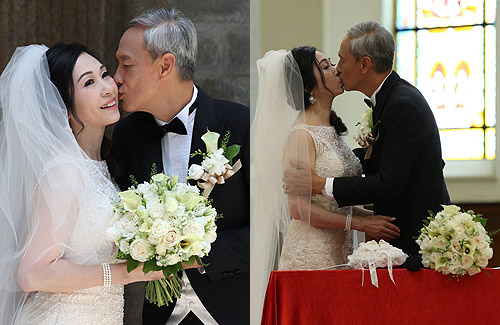 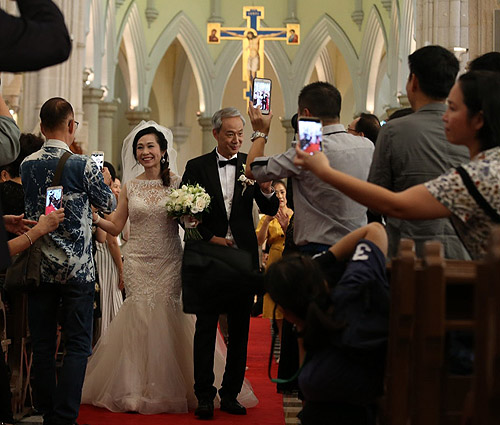 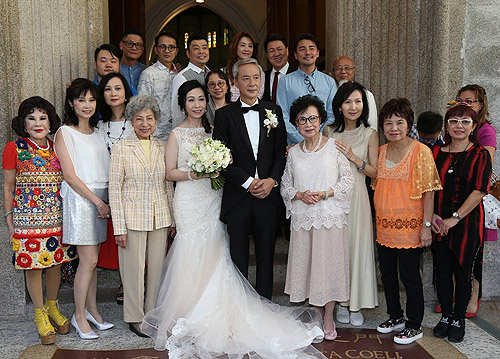