Chiling Lin Wants to Have Twins 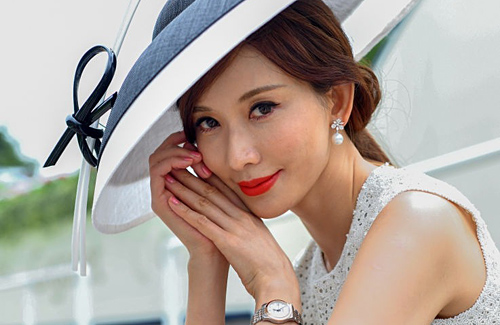 Rumored to have frozen her eggs since 2014, Chiling is keen to experience motherhood.

Forty-four-year-old top Taiwanese model and actress Chiling Lin (林志玲) tied the knot recently with Japanese band Exile member Akira (Ryōhei Kurosawa), who is seven years her junior. Besides their age gap, Chiling also earns significantly more than her husband. A prolific investor, she has many Taiwanese properties under her name and a net worth of about $756 million HKD. Her yearly income is estimated to be at least $50 million HKD, compared to Akira’s 6 million JPY ( approximately $4.2 million HKD).

Not minding that her husband earns less than herself, Chiling is supportive of Akira’s career plans. Since he is entering his forties, Akira intends to start dance studios in Mainland China, Taiwan, and Japan to teach dancing, besides becoming a producer. The actress-model has reportedly forked out $25 million HKD to support her husband’s business ventures, very likely as an investment in the future together.

Attending a publicity event in London recently, she was asked if she would be taking on her husband’s surname after marriage to become Chiling Kurosawa. Her reply showed characteristically high EQ: “Names embody our culture and everyone’s blessings of love; I wouldn’t change it even in the future!”

She also shared candidly about her plans to add more members to the family, adding happily, “I hope to have twins one day.” Seemingly career-minded, Chiling is actually full of maternal instincts and has in fact been preparing for the possibility of childbirth since 2014, when she reportedly had her frozen 15 eggs.

2 comments to Chiling Lin Wants to Have Twins