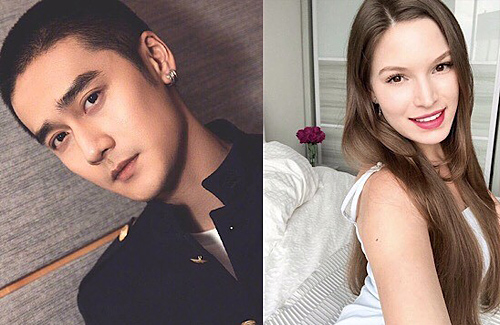 Chinese actor Jiang Jinfu (蔣勁夫), who had notable roles in Xuan-Yuan Sword: Scar of the Sky <轩辕剑之天之痕> and Scarlet Heart 2 <步步惊情>, was embroiled in a domestic violence scandal last year and it seems that he has not learned from his mistakes.

In July 2018, Jinfu revealed that he was dating Japanese model Haruka Nakura. In November, Haruka posted numerous photos of her injuries on her face and legs on social media claiming that Jinfu had physically abused her. Jinfu admitted to the abuse, and wrote a long post claiming that he was very sorry and would reflect on his wrongdoing. After Jinfu was detained for a month by Japanese authorities, Haruka dropped the charges.

Now a year later, Jinfu has a new girlfriend named Julieta. They have been dating for three months and she has taken to social media to disclose that she is a victim of his abuse. She claims that he is a control freak, violent, and is extremely jealous. Living together with him is like being in a prison. She is not allowed to be in contact with friends regardless of whether they are male or female. If she goes out for more than 30 minutes, she is required to send him a long text explaining why she needs to go out. Her phone, computer, and credit card have been destroyed and he has forced her to spend all of her savings. 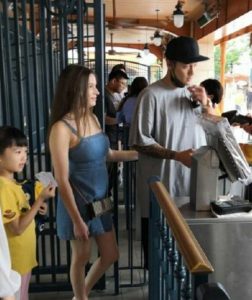 She claims that Jinfu wants to impregnate her, but he also strangles her and kicks her stomach. He also threatens to kill her–one scenario he gave was that he would crash the car so that they would die together. She also disclosed that he is also physically abusive with his parents.

Jinfu denied Julieta’s claims and posted on Weibo in response, “If I did it, I would admit to it. If I didn’t do it then I don’t want to be wrongfully accused. My past and the present, I don’t want to have to explain myself again. I can only earnestly ask everyone to please leave my family and friends out of this. Thank you.” He also posted a photo of a letter from his lawyer requesting that Julieta take down all posts regarding her claims of domestic violence and for all rumors to stop. If it continues, he will exercise his rights to sue for defamation.