Ahead of Christine Kuo (苟芸慧) and William Lok’s (陸漢洋) wedding on October 19, Christine shared their beautiful engagement pictures that they took in South Korea.

For their photo shoot, Christine hired a team of prominent make-up artists and photographers who worked with many famous Korean celebrities.  Christine and William spent two days to shoot their pictures and had multiple themes such as a natural outdoor and an elegant night theme.

Christine looked gorgeous in the photos and couldn’t stop praising her makeup, “The secret to the makeup technique was that I was slapped few times in the face. It made the foundation sit more naturally on the skin. I really like how the pictures turned out.”

While Christine was a natural in front of the camera, William was very stiff during the photo shoot. The photographer had to ease the tension by making William laugh and giving instructions in a girl’s voice. William commented that he taught Christine how to race cars, now it’s time for her to teach him to be a model. “My wife is very beautiful in all the angles. It was stressful and I was scared of ruining the pictures.  It is safer to take pictures of just the side of my face.” It was the first time that William dressed in all pink and the result exceeded his expectations.

Christine was familiar with Seoul and she was able to show William around the city. Christine said, “It was William’s first time in South Korea. In the past, he was responsible for planning our trips. This was my turn to be a tour guide and take him around for food. Even though he really liked black bean sauce noodles, we didn’t eat it until after our photo shoot. He was scared of getting a bulging belly.” 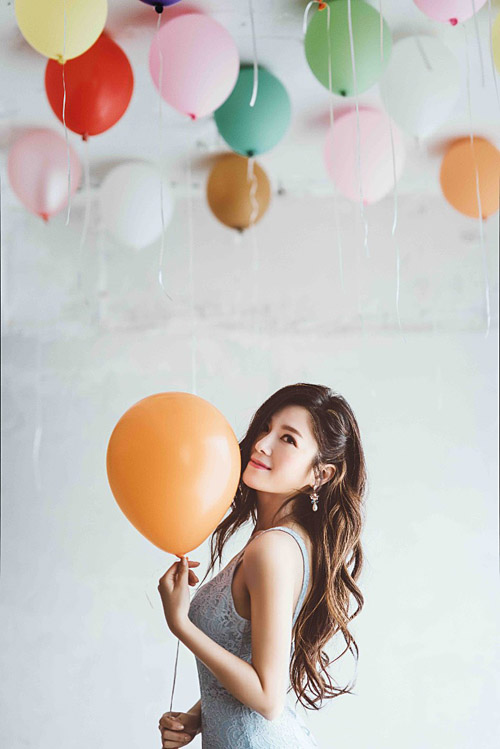 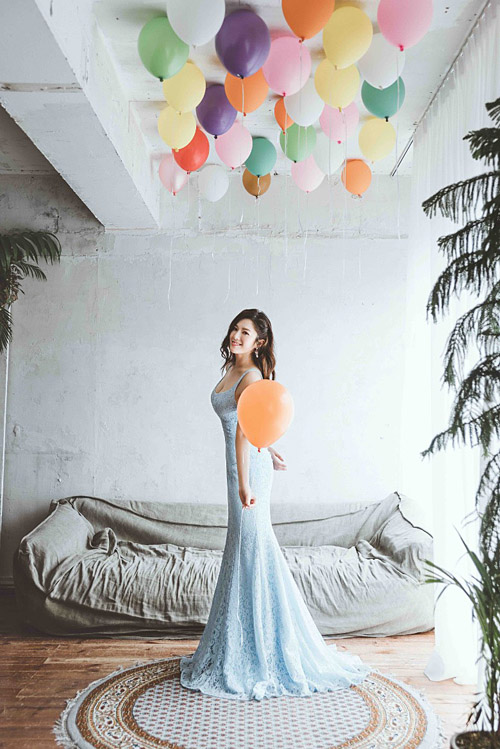 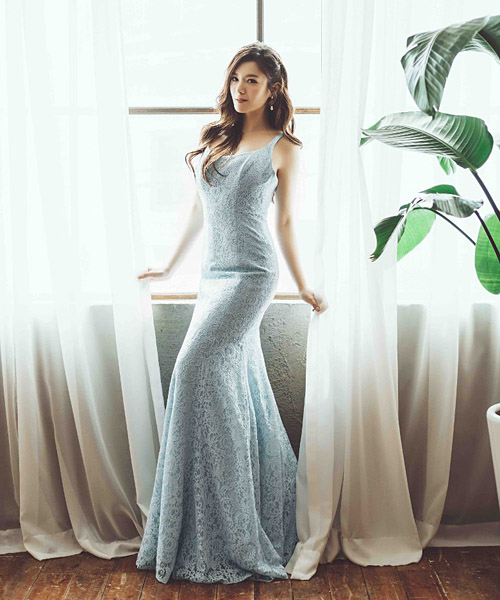 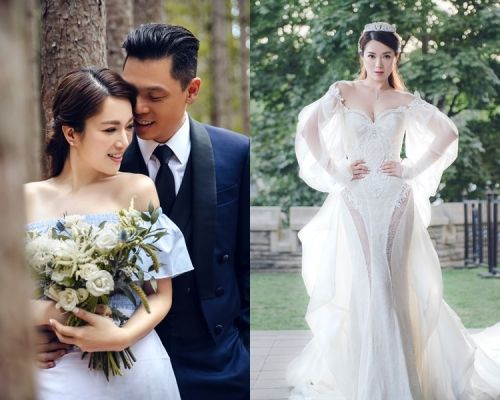 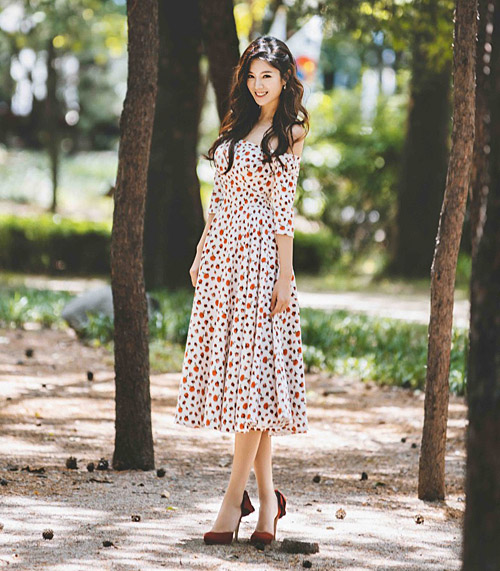 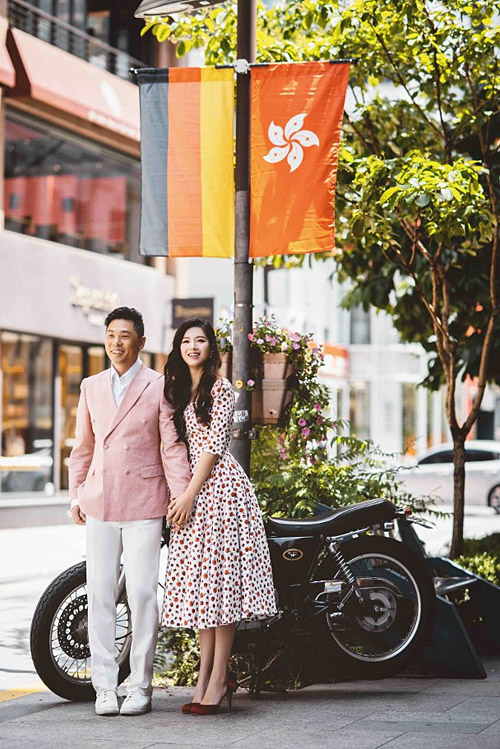 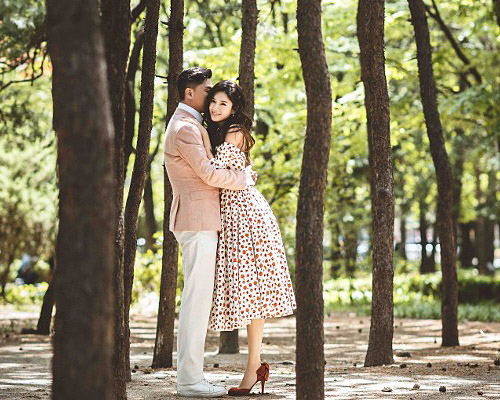