Christine Kuo Wants to Get Back Together With Aaron Kwok? 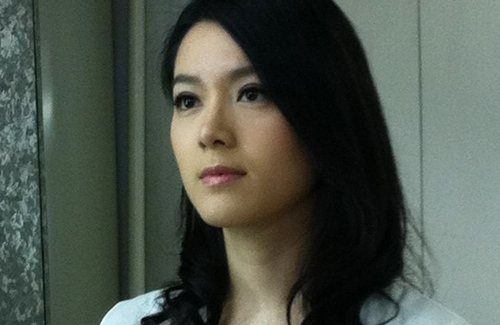 Facing immense media pressure after being dubbed as the third wheel in Aaron Kwok (郭富城) and Lynn Hung’s (熊黛林) broken relationship, Christine Kuo (苟芸慧) suffered from hypothyroidism and gained much weight. Reportedly, Aaron then severed ties with her as a result. Recently, Christine has focused on slimming her figure through massage treatments and exercise. Allegedly still interested in Aaron, she hopes to quickly change his mind about her.

Last Saturday, Christine was spotted spending time with Aaron’s manager, Siu Mei (小美). The two visited a massage parlor to book an appointment, but realized the timetable was already full. While waiting for availability, they decided to eat at a nearby café. Perhaps afraid of gaining weight, Christine only ordered a bowl of wonton soup noodles. She appeared to be very close to Siu Mei, and they laughed and chatted continuously while eating.

Since Siu Mei is well respected by Aaron and has been his manager for 21 years, Christine reportedly planned to get Aaron back through her connection. An insider shared, “Siu Mei likes Christine and thinks she is a nice person who will not use Aaron to promote herself, unlike Lynn. She knows Christine is trying to lose weight, and introduced her to a massage therapist.”

Besides building her relationship with Siu Mei, Christine also took the initiative to invite actress Christine Ng (伍詠薇) out to yoga sessions and hiking trips. Christine Ng is not only a close friend of Aaron’s, but has also previously shown support for her in midst of the scandalous rumors. The two women are close friends and frequently exercise together.

On the other hand, Aaron’s interests may have wandered elsewhere. He appeared to be interested in 19-year-old model, Kabby Hui (許雅婷), and singer Rainky Wai (蔚雨芯). Besides taking the initiative to ask for both girls’ phone numbers, he even attended one of Kabby’s earlier stage play performances.

31 comments to Christine Kuo Wants to Get Back Together With Aaron Kwok?