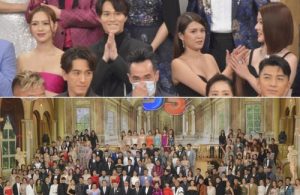 Despite standing in close proximity, the former best friends ignored each other the whole time, fueling rumors of discord once again. Crystal and Kaman have reportedly been at odds since they attended rich second-generation Arnaldo Ho‘s (何猷亨) yacht party together and issued conflicting statements about the invitation to the press. Both knee-deep in social climbing allegations, it’s unsurprising that the two starlets refused to interact with one another at the gala.

During the group photo, singer-actor Hubert Wu (胡鴻鈞) stood between them, and afterward, Kaman, whose sexy outfit became a hot topic, kept chatting with him nonstop. On the other hand, Crystal walked off the stage with the help of her rumored boyfriend, Leonard Cheng (鄭衍峰). Unafraid of drawing attention, he was concerned about Crystal possibly tripping and held onto her dress. They then walked out of the studio together. 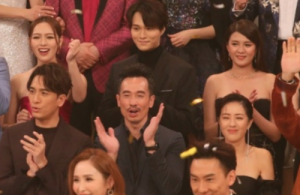 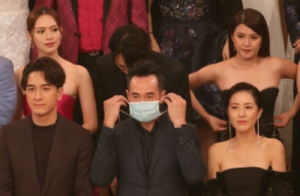 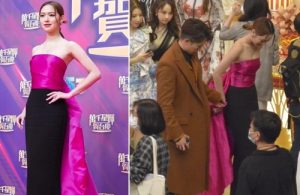