Crystal Fung Doesn’t Want to Be Asked About her Breakup 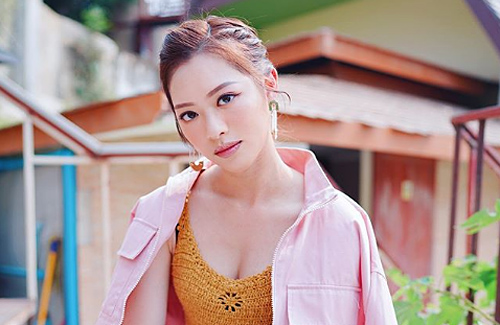 In December, Crystal Fung (馮盈盈) made the sudden announcement that she had broken up with her doctor boyfriend of four years, Martin Chung (鍾文浩). . It was very unexpected as she often gushes about him and they had recently moved in together.

Elaborating on the reason for breaking up, Crystal said they had some conflicts due to living together which left them feeling exhausted while having demanding careers. Crystal was visibly upset, growing more agitated as she talked and even crying at the end.

After talking about her breakup on that day, she later bumped into two radio DJs who greeted her enthusiastically and asked when she planned on getting married. She did not name the DJs but it is obvious that she was referring to Donald Tong (唐劍康) and Jim Yan (甄子康).  She said, “The whole room was silent afterwards, so I just took it upon myself to tell them that I had announced the breakup this morning and then rushed into the changing room. I love these DJs, but maybe they didn’t hear the news yet.”

On the newest episode of TVB talk show Young and Restless <#後生仔傾吓偈>, Crystal mentioned that many people are curious about her personal life. Lunar New Year is an especially hard time as she has to meet up with many friends and family who may have good intentions, but she really does not want to talk about her breakup in detail.