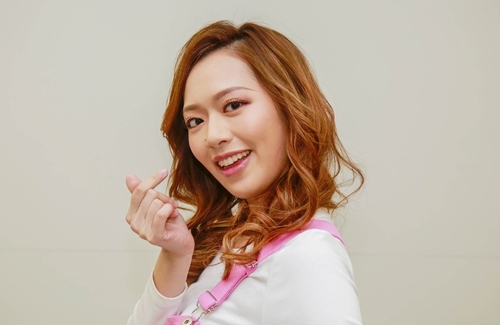 Today, Crystal Fung (馮盈盈) filmed TVB variety show Sidewalk Scientist <學是學非> with a huge pimple on the right side of her face. The 25-year-old starlet deliberately covered it and explained it was the result of her hard work. “This pimple was manifesting for several days,” Crystal shared.

She said working from 5 p.m. to 8 or 10 a.m. for the past seven days on top of the lack of sleep caused a hormonal imbalance. She even broke the record for her longest working hours when she worked for 24 hours straight from 7 p.m. on Sunday until 6 p.m. on Monday. Crystal shared, “I shot on set and on location back to back, so I didn’t even get to shower or change my underwear.”

Crystal stressed black coffee is a must when working such long hours. “I realized I feel drunk when I work continuously – I’m very hyper and laugh easily, but I’m actually delirious. I won’t feel exhausted while working, but instead, I’d enjoy it, so I really love working,” the actress said.

Once she gets home from work, she’d immediately shower and eat. Though she’d want to share her eventful day with her boyfriend Martin Chung (鍾文浩), she’d fall asleep before she finishes saying what she wants to say. Then, she has to head to work at 8 a.m. the next morning.

However, Crystal’s most tiresome moment since she debuted was when she was competing in the 2017 Miss Chinese International pageant. At the time, she finished shooting in Hong Kong and flew to Malaysia to continue filming all within 41 hours. 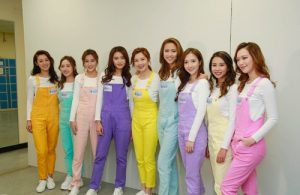