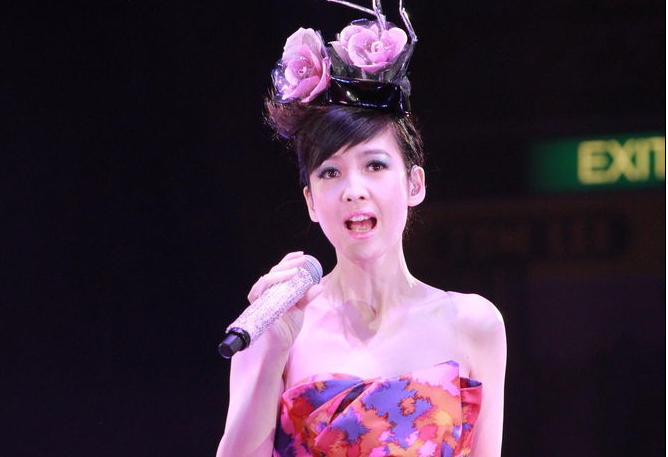 March 19,2011 marked the opening night of Deep V-25th Anniversary concert of Vivian Chow Wai Mun in Hong Kong. Vivian, at the age of 43, still has glamorous looks and performed at the concert with beautifully designed stage outfits. Vivian sang most of her all time favourite songs and entertained her audiences with sexy and eye-catching stage outfits. Vivian invited Hacken Lee and Hins Cheung as her concert guests who performed duet songs with Vivian.
Despite the devastating earthquake and tsunami which hit Japan on March 11,2011, Vivian was very thankful that her special Japanese guest, Yoshie Kashiwabara, a female Japanese Japanese singer who was very popular in Japan and Hong Kong in the 1980s, was able to attend Vivian’s concert as planned. Vivian played the piano while Yoshie performed her song. At the end of the song, Yoshie was emotional and shed tears as she was deeply moved by the passion and enthusiasm of the Hong Kong people’s desire to help Japan. She promised to bring this positive energy back to her home country. Vivian has earlier announced  that all proceeds from her concert’s souvenirs sales will be donated to Japan and China to help with the earthquake.
Vivian’s Deep V-25th Anniversary concert was a great success and her fans were very excited and pleased to see their idol from the 1980s perform onstage again. 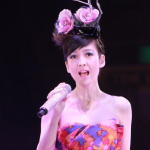 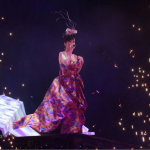 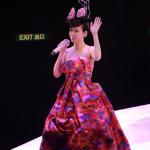 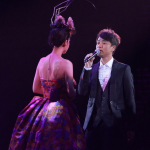