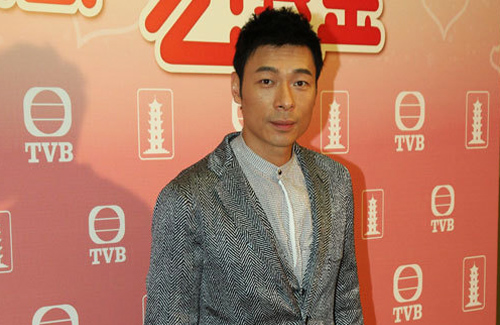 Hong Kong pop singers Hacken Lee (李克勤) and Andy Hui (許志安) earlier appeared on a television charity show, where both displayed their talents onstage. Although they have known each other for more than ten years and have attended each other’s concerts, it was the first time the two ever sang together onstage. During the event, Andy was obviously saddened by the recent death of one of his brothers.

Andy had purposely devoted himself fully to his singing career in hopes of avoiding depressive thoughts. He revealed his brother’s passing had not been sudden, and he had seen it coming. Andy expressed, “I’m trying to look at things positively, but my brother left two weeks ago. It’s hard for me to be in a good mood, but life goes on. My family will take care of the funeral arrangements.”

In the past two weeks, some of Andy’s work arrangements were cancelled, but things have now started to pick up again. Hacken did not learn of Andy’s brother’s death until reporters informed him. He then pointed out, “No wonder Andy seems different from usual, and is only in a so-so mood.”

As a big soccer fan, Hacken plans to fly to Brazil with his family to watch the World Cup final playoffs. According to reporters, Alan Tam (譚詠麟) earlier claimed TVB would pay for all of Hacken’s trip expenses. Hacken explained, “No, I’ll make it clear one more time; I’m paying myself. Maybe TVB is paying for Alan, but definitely not me. I think they’re going with Eric Tsang (曾志偉) first, but I’m heading there last. Next time, I’ll only go if TVB treats me!”

In the middle of July, Hacken will rush back to Hong Kong in order to attend Eric Kwok’s (郭偉亮) concert. For the event, he specifically changed an expensive plane ticket and must then transfer three flights on his way back. However, Hacken expressed Eric wrote a song dedicated to him, which makes up for it. Near the end of August, he will also try to attend Cheung Yiu Wing’s (張耀榮) memorial show if time allows.